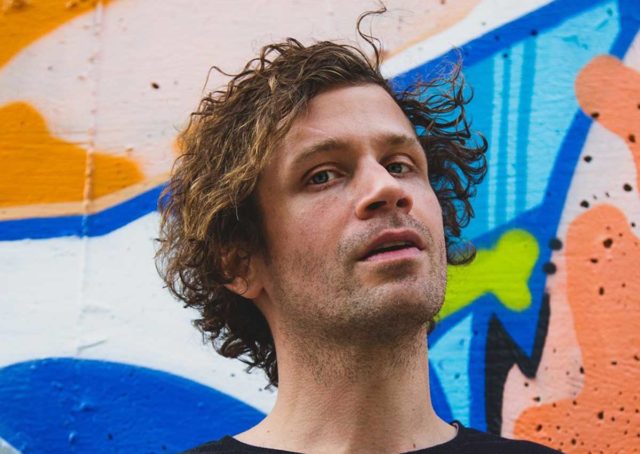 This week’s download comes from producer Moon Boots and his latest album “Bimini Road.” You have seven days to download the song “Juanita.”

Born in Brooklyn, Moon Boots musical obsession started not long after he could walk. His early love of piano lead to a passion for keyboards and synthesizers. Teenage nights lost in the work of Daft Punk, A Tribe Called Quest and Herbie Hancock followed. Knowing what he was meant to do, he moved to the house music epicenter of Chicago, where he tirelessly passed out demos to local DJs and scoured the web for like-minded people with whom he could share and expand on his sound. The stars aligned when he had a chance encounter with Perseus, founder of an adventurous new label, French Express. A fellow junkie and fan of French House and R&B-infused dance music; Perseus became a friend and mentor. Pete blends jazz, house, funk, and soul into songs not just for DJs, but for everyone.

With Bimini Road, Moon Boots has brought back collaborators from both his debut album and his ambitious 7-person live show. Black Gatsby, Nic Hanson (‘Keep The Faith’) and KONA (‘Fortune Teller’) all make appearances that help to make Bimini Road Moon Boots’ most compelling musical statement to date. Ross Clark (St Lucia) contributes guitar to three of the album’s hookiest and most affecting tracks. Moon Boots’ eagerness to bring melody and songcraft to unpredictable-but-accessible club grooves make him stand out in a crowded field of beatmakers.