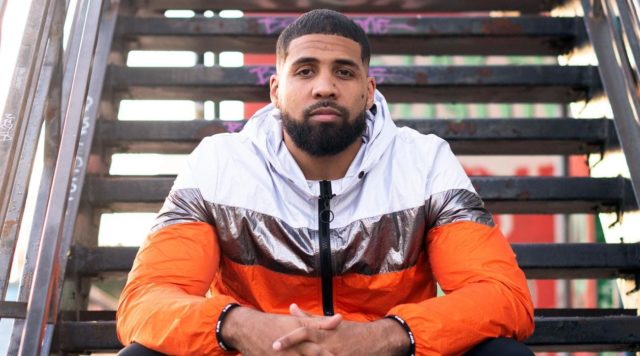 This week’s download comes from former NFL athlete turned rapper Arian Foster aka Bobby Feeno. You have seven days to download the new song “S.W.A.N.” from “A Late February.”

In 2016, Arian Foster retired from the NFL on a high note. He was a star four-time Pro Bowl running back, known for his epic Namaste bow that doubled as his victory dance whenever he scored a touchdown. Now he’s Bobby Feeno, critically acclaimed musician. But that musical trajectory was tightly woven into his narrative long before he ever picked up a football. As Bobby Feeno readies his Mass Appeal debut EP, A Late February, he continues to build upon his solid music career, as he heads for stardom.

Previously in 2018, Feeno dropped a multi-dimensional project, Flamingo & Koval, which was released via TIDAL through LeBron James’ Uninterrupted imprint. The project was also accompanied by a documentary titled “Becoming Bobby Feeno”, which depicted Feeno’s inspiring transition from the field to the stage. After a number of labels showed interest in Feeno, he signed to Mass Appeal Records and is geared to release A Late February on Friday, June 14, 2019.

Bobby Feeno has made the full transformation from athlete to artist, and A Late February is proof. However, he keeps one solid goal in mind: “I think my mission is to reach as many people as possible,” he says. “At the same time, I’m finding myself through the process.”