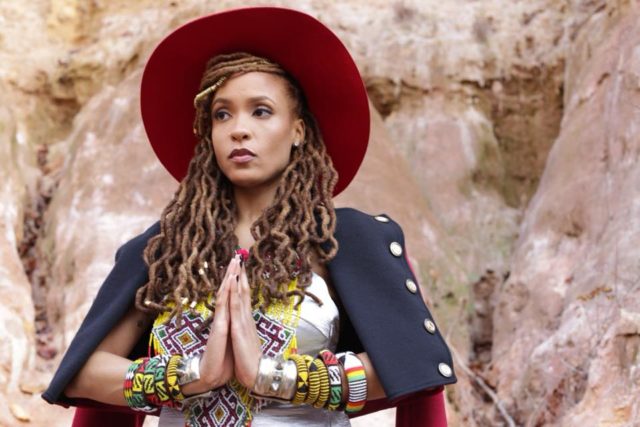 As Sa-Roc readies her Rhymesayers debut release, “Forever” finds the hip-hop heroine delivering an empowering self-love message over an ominous bass line, dropping lines like, “No, I’m not flawless. I’m scarred up, and I’m fine with it.”

Following a series of independent releases, she has carved out her own lane through a combination of airtight wordplay and intelligent concepts. Over the course of her illustrious career, she’s performed alongside the likes of Talib Kweli, Dead Prez, Atmosphere, and is one of the few MC’s to perform regularly as a featured artist with The Roots, around the country.

In addition, she’s also landed an underground hit with “The Who?” featuring David Banner. 2017 saw her deliver a fiery cameo on “We Got This” from Brother Ali’s “All The Beauty In This Whole Life,” before joining him as direct support on his Own Light Tour across North America, followed by an unforgettable performance at Soundset. Next up, she appears in William Feagins Jr.’s upcoming film, “The Possibility Of Her,” a feature-length documentary that echoes many of the obstacles overcome by Sa-Roc in her career.

This week’s download comes from Rhymesayers artist, Sa-Roc.  You have seven days to download her new song, “Forever.”

“Forever” is a celebration of self-love. The song’s lyrics are filled with imagery reflecting the song’s central theme of embracing your unique individuality. “Forever” encourages us to find beauty amidst our imperfections, strength beneath our pain and acceptance of our differences.