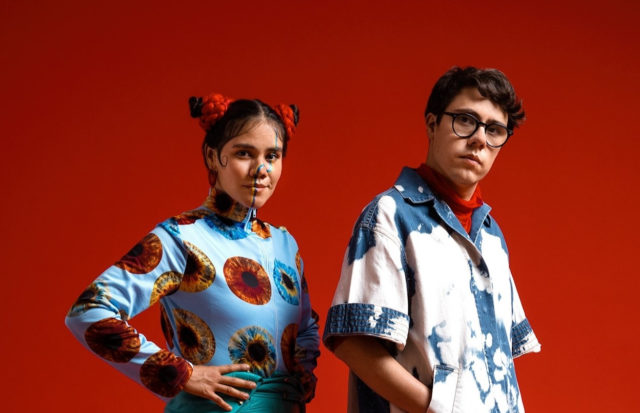 This week’s download comes from brother-sister duo Sotomayor and their new album “Orígenes.” You have seven days to download their song “Sin Control.”

Sotomayor is the electronic music project with afro latin influence by siblings Raul (music production) and Paulina (vocals). It is a dance music project that fuses the rhythms and sounds of cumbia, afro beat, dancehall, Peruvian “chicha” and merengue with cutting edge beats.

Following the success of their debut album, 2017 saw the release of Conquistador, an album funded through Kickstarter with a more mature sound that defined not only the sound of the band, but the sound of the so called “New Latin Wave”, a movement of Latin American bands that explore their heritage through contemporary music. With this album the band performed its first international tour visiting six cities in the US, five countries in Europe, countries like Colombia, Chile and Peru in South America, and 12 cities in Mexico.

2020 marks the release of Orígenes their 3rd studio album trough the NY based label Wonderwheel Recordings. This album was recorded between Mexico and Puerto Rico, and was produced by the 28 time Grammy Winner Eduardo Cabra aka Visitante from the legendary band Calle 13. On this album Sotomayor explores a new Afro Caribbean vision in their music, with more dance floor focused tracks and taking inspiration from the style’s percussion.