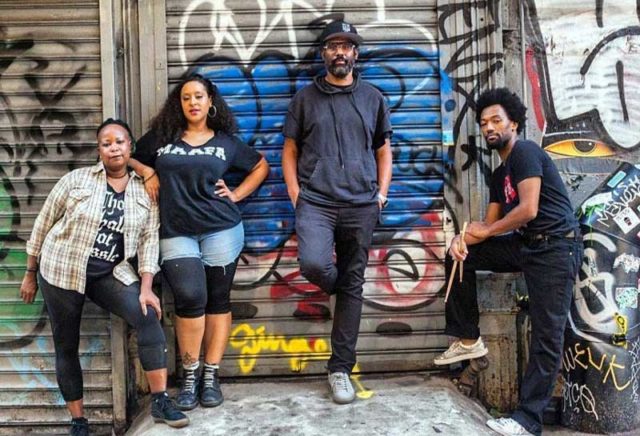 This week’s download comes from the New York band The 1865 and their album “Don’t Tread On We.” You have seven days to download their song “Runaway Bride.”

A quick thumb through a history textbook or online archive will describe the year 1865 as a turning point in American history. That was the year the Civil War came to an end, thus igniting what was known as America’s Reconstruction era. And while newly freed slaves were slowly adapting to a post-Confederate society, the battle had truly just begun.

It’s a parallel to modern American history, and so the New York City-based band, The 1865 chose their name as the year emblematic of the notion that the more things change the more they stay the same. Their debut album “Don’t Tread On We!” punctuates that sentiment, with real stories set to the backdrop of hardcore punk tunes.

The 1865 formed in 2017 as the brainchild of musician and filmmaker Sacha Jenkins. After decades in the music space, Jenkins was searching for a new way to voice his frustrations and expressions of the current political landscape. “Looking at what’s going on today and being fans of Hardcore Punk music, I felt it was a great platform to discuss the things happening in the world,” Jenkins explains. “I felt that The 1865 was a great way to create contemporary music that spoke to the past, but spoke to the same things that continue to happen over and over again in this country.”

“Runaway Bride” tells the tale of a slave who woos the son of her slaveowner into buying her freedom papers, and once his father finds out, sends him off to war.