The Goods deliver a future funk gem with ‘Peach’

The Goods deliver a future funk gem with ‘Peach’ 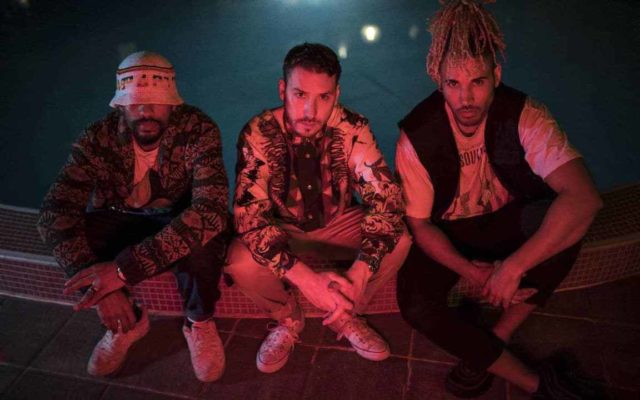 This week’s download comes from the Australian trio The Goods. You have seven days to download their sensual funk tune, “Peach.”

The Goods are back with a second single, “Peach,” a collection of moods with an obsession for chasing the funk. When their vocalist Black Tree heard the beat for the first time in the studio, lyrics and melodies flowed instantly. He says: “My hope is that it becomes a feel-good anthem for sexual liberation. Freedom from shame is after all about opening yourself up to the world and that act of vulnerability breaks down walls and allows us to come together.” Reminiscent of early Prince, “Peach” is sure to keep you dancing through the Summer with a tasty combination of sweet melody and juicy rhythm.

One of Australia’s most dynamic up & coming acts, The Goods have become vital members of Sydney’s rising soul/electronic scene in just a few short years. With word spreading internationally and the band recently joining forces with Brooklyn-based label Bastard Jazz Recordings, The Goods are gearing up to release their hotly anticipated Make Your Move EP as they put the finishing touches on their debut album out later this year.

Consisting of founding members Badmandela and Rosario, along with the more recent addition of vocalist Black Tree, The Goods first burst onto the scene in 2016 with the release of their self-titled double EP rooted in a steady stream of hip-hop, space funk, low slung house and soul. Recognized by outlets such as Complex, MTV, VICE and Indie Shuffle, The Goods have also been heralded for their smashing live sets, sharing stages with the likes of Oddisee and Onra, in addition, to highlight performances at various music festivals.