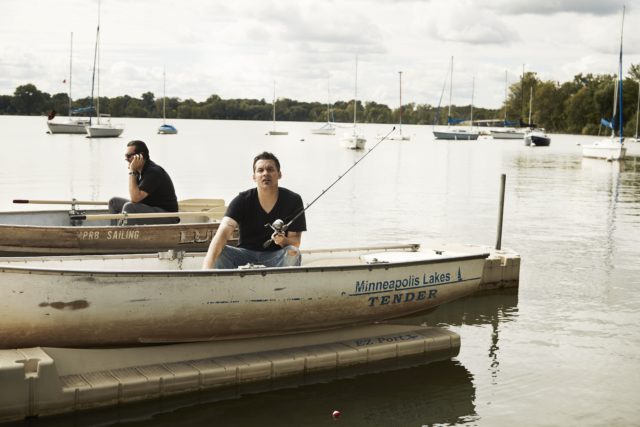 This week’s download comes from the hip hop duo Atmosphere and their forthcoming album titled “Fishing Blues.” You have seven days to download their new song “Ringo.”

As Atmosphere steps into their 21st year of making music, Slug & Ant show no signs of slowing, compromising or losing sight of their vision. Nor has time revealed any diminishing of those qualities that have brought them this far. As 2016 swung into gear, Atmosphere had already ended the previous year and led into another with a string of singles, and still have an abundance of music on the way, including their latest album, “Fishing Blues”. The title of the new album speaks directly to the sentiments that opened this bio; Is this the point in the career where Atmosphere chooses to step back, put up the Gone Fishin’ sign and reminisce about their successes? The answer, a resounding no, is found in the music, a collection of songs that both define and redefine the Atmosphere sound. Their passion and creative spark are as illuminate as ever. Slug and Ant still have plenty of stories to tell…