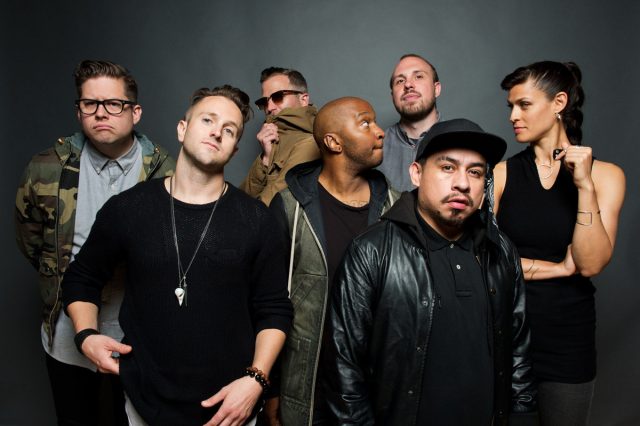 This week’s download comes from the Minneapolis hip-hop collective Doomtree. You have seven days to download their new song “Spill Me Up.”

Doomtree announced the release of their single “Spill Me Up,” the first taste of new crew music since 2015’s critically-acclaimed All Hands album.  “Spill Me Up” features vocals by Sims, Cecil Otter, and P.O.S and is actually the first time EVER that the three of them have appeared on the same song together as a trio.

The entire Doomtree collective (P.O.S, Dessa, Sims, Cecil Otter, Mike Mictlan, Paper Tiger, and Lazerbeak) are hard at work on solo projects this year and will be hitting the festival circuit hard this summer. Tour dates are listed below. Be on the look-out for a load of new tracks all summer long.