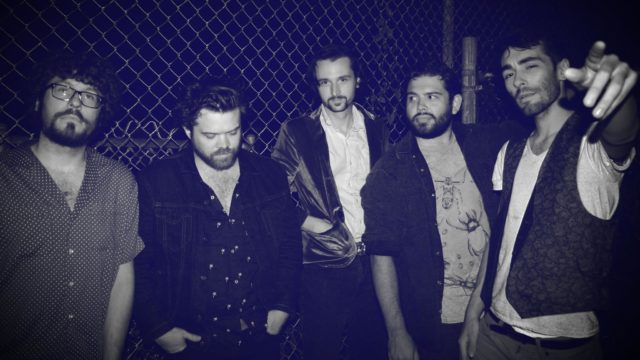 “This whole thing started as an excuse to play a 12-string electric guitar,” says Vic Buell, “I had some song ideas based around that. I had a specific sound in mind and as the arrangements started to take shape, I knew I needed some other instruments.”

Buell enlisted members and a growing roster of instruments to get that sound. With influences like Velvet Underground, Chris Isaak and Angelo Badalamenti, the group takes on the darker side of surf/psychedelic rock.

Listen to the first single from Vinz Clortho’s upcoming release below.

While the band formed back in 2016, Vinz Clortho is still fairly new with only two previously released singles; however, the group is still picking up speed with shows, this single and the prep work for Vinz Clortho’s first full-length release later this fall.