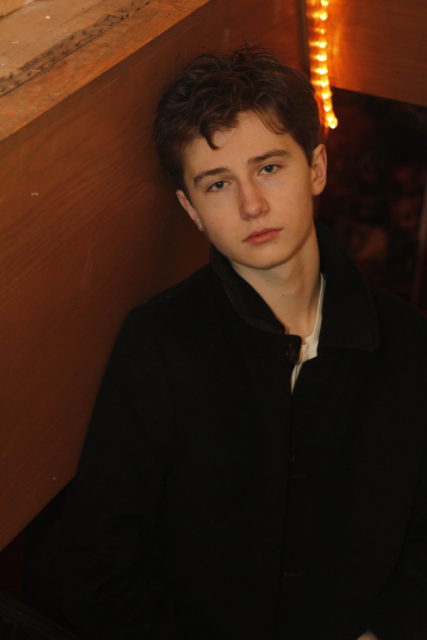 Today’s song comes from a songwriter who is just 16 years old. “I’ve had somewhat of an uncommon life for someone my age,” Cian J Radcliffe explains. “I was born in New Zealand, and grew up partially in Melbourne, Australia and Milwaukee, and have also traveled quite a bit around NorthAmerica and the U.K. I’ve met a lot of interesting types of people — some a little weird maybe, but certainly, ‘road less traveled’ kind of people. I’m really glad that I’ve had these opportunities because these characters and experiences find their way into the songs I write. “

Stream and read about his song “Shame,” from his new album “Filthy Fifteen,” below.

On the meaning behind the album name “Filthy Fifteen”

Way back in the ’80s, Tipper Gore, the then-wife of Al Gore, led a group of concerned Washington mothers/wives to drive legislative change to bring parental guidance ratings to music the same way they do for movies. The story goes, Mrs. Gore walked in on her daughter listening to Prince’s ‘Darling Nicki,” which kicked the whole thing off. They came up with a list, called the Filthy Fifteen, of songs they thought were, in no uncertain terms, filthy. This is the reason why today we have the “E” rating on explicit lyrics.

An underlying theme of “Filthy Fifteen” is about censorship — how we censor ourselves, how we are censored by the vagaries of life. how other people try to censor us.It’s also a cool play on words, as I recorded the album when I was 15.

On recording the album

Except for the cello, I play all of the instruments that we hear on the album. With the exception of the cello (played wonderfully by Thea Vorass), I played all the parts and did all the vocals on all the songs of “Filthy Fifteen.” It made things a little more challenging because I had to lay down the tracks one by one, and if I wanted to make a change, it meant starting over in order to see if I liked that change. When you have a full band, you can try things out and work out your preferred sound. I really enjoyed working with Tom Riddle of Stories Studio. He helped me a lot when working out some of the musical choices — which was great.