A eulogy for Old Earth

A eulogy for Old Earth 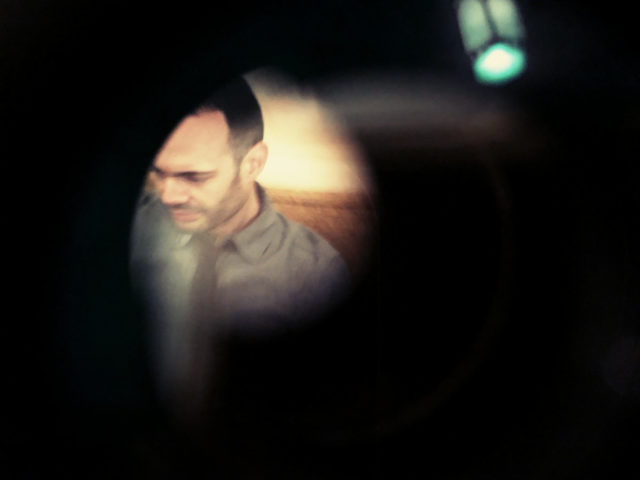 For a songwriter as preoccupied with symmetry and closure as Todd Umhoefer of the Milwaukee experimental folk outfit Old Earth, it’s fitting that the project will come to an end with one last show on Friday, Sept. 6, 10 years to the day after its debut performance. The bill will double as a release show for Old Earth’s final album, “Beast of Needs.”

During its decade-long run, Old Earth dismantled the notion that experimental music couldn’t be inclusive. Old Earth’s albums may have only reached a modest audience, but they were never pitched above anybody’s heads. Umhoefer sang of loss and wonder and alienation and radiance in prose that could be cryptic, yet the songs themselves were disarming and direct. The result was music as personal as unpublished poetry yet as all-embracing as spirituals passed down from generations.

One of Umhoefer’s most frequent collaborators, Field Report’s Chris Porterfield will open for Old Earth’s farewell show at Linneman’s Riverwest Inn. He recalls discovering Umhoefer for the first time at the venue’s open mic – usually a forum for works in progress — and being awed by how complete Umhoefer’s vision was.

“He played guitar differently than anyone else,” Porterfield recalls. “His lyrics were somehow direct and full of mystery. He presented songs from a position of authority without telling you what to think. His songs were somehow devoid of the embarrassing pratfalls that every single other songwriter ever has to get out and be ashamed of and course-correct. From the earliest days to today, I have never heard a cringer line from Todd, ever. I can’t say that about anyone else.”

Umhoefer’s intimate live performances, often stitched together from fragments of looped guitar, translated to the studio in unpredictable ways. He made a lot of records, about a dozen statement pieces and nearly as many odds-and-ends sessions quietly slipped online for listeners to discover on their own.

All of them have the quality of a snowflake, unmistakable as anything other than an Old Earth record and yet lined with intricate patterns unique to each session. He recorded in some of the city’s finest studios as well as some of its most unassuming basements. A few projects he tracked in California and Scotland. Some were adorned with contributions from Milwaukee’s most respected post-rock musicians, others he recorded alone. The lone threads binding them were Umhoefer’s spindly guitars and his pleading voice.

As his collaborators tell it, Umhoefer recorded with a mix of both precision – as evidenced by his obsessively deliberate punctuation of every lyric – and impulse. Drummer Damien Strigens, who played on several Old Earth records, recalled relishing those whims.

“If we had a wild idea, he would just run with it and get so into it. ‘Dude! I want you to create howling EBow feedback on a detuned string for the whole intro of the song. Super loud!'” Strigens recalls. “We’d hit record, I’d turn up the amp and the house would be a cacophonous moan of rumbling, howling feedback. Todd would be rocking back and forth, eyes closed, hands in the air mouthing ‘YES! YES!’ in a cloud of pungent smoke. The more out there, the better. But he didn’t want to create noise for noise sake. He weaved it into the narrative. And the contrasts created from the hypnotic drone that preceded it made it all the more compelling.”

Hello Death’s Nathaniel Heuer, who sat in on Old Earth’s lustrous 2014 project “A Wake in the Wells,” recalled a similarly boundary-free session.

“We drank beer and smoked cigarettes while listening to what he had already tracked,” Heuer said. “He basically told me to just play what I feel. I took a couple dry runs, then he hit record and I improvised. I had a general feel for the contours of the pieces — around 14 minutes of music — but no set parts. We ran the song twice with double bass and electric bass, and he said, ‘That’s great, I’ll keep what I need.'”

If that capricious approach to record making – half-mapped, half-improvised – could throw off some of Umhoefer’s collaborators, that sometimes seemed to be the point. “Todd’s approach to recording and his trust in the people who he asked to record was so different to my way,” recalls multi-instrumentalist Nick Berg, who assisted many of Old Earth’s records. “I remember feeling really lost with his instructions of basically ‘do whatever you feel like.’

“Recording with Todd was always different,” Berg continues. “The idea was to do what you wanted to do and most times what you hear on any of his recordings was me playing along for the first time. Only every once in a while did I get another pass. It helped me become a better improviser … With Old Earth I got the idea that I needed to trust my instincts and allow things to just happen in the studio.”

As the years wore on, Umhoefer became shyer about promoting his own work. He began releasing more of it online without notice, and increasingly packaged his albums online as unbroken tracks rather than separating them by song. The music itself remained as direct as ever, but now Old Earth was requesting listeners to commit to 15 uninterrupted minutes, a big ask in a streaming landscape where many artists struggle to hold a listener’s attention for even just three or four.

“His songs could function beautifully and perfectly as stand-alone pieces,” Porterfield said. “Some of them could have even been played on the radio. But he was never interested in splitting them up. He always viewed them as a whole. It became something that he would joke about, and he understood that it was commercial sabotage, to some degree. But that was part of his vision.”

Umhoefer had an uncanny ability to find supporters who believed in that vision, as low as its commercial ceiling may have been. One was Euan McMeeken of the Scottish record label mini50, which released several Old Earth albums, including 2013’s “Small Hours” and 2014’s “All Kill.”

“I cannot really put my finger on what sucked me in but it was probably his voice,” McMeeken recalled. “I love interesting and different vocals. I love a voice to be an instrument in itself and Todd has one of the most unique and fascinating voices I’ve heard. Having seen him and heard him live it’s just a stunning piece of instrumentation that he knows how to use with amazing impact. I think I was struck by the richness and tone of it.

“Ultimately I wish I’d been able to focus more on his music and less on others as he was what shaped the direction of the label,” McMeeken continued. “If I’d had money to burn he would have been our main act and I’d have released everything he did because I believe he’s that good.”

Old Earth’s discography is dotted with clear peaks: 2009’s haunted yet hopeful “Out the spheres of The Sorrowful Mysteries;” 2012’s “a low place at The Old Place,” recorded in and seeped in the ambiance of the basement of a hallowed family property; 2018’s uninhibited “The Friends ∴ The Gods.” But a dip into any of the 20-plus recordings archived on Old Earth’s Bandcamp page will reward the listen.

Strigens recalls recently revisiting one of Old Earth’s newer releases, 2017’s “Two Torches, at a Place Where Three Roads Meet,” a gorgeous little record that slid under the radar. “It’s a short piece, three songs, but I kept on hitting play once it was done,” Strigens said. “I played it three times and it started to take on a different form after the third time. That’s the beauty of his music. A hypnotic, poetic grace that seems to transform over time.”

Despite its niche appeal, Umhoefer’s music found an audience. Not a huge audience, but a grateful one.

“There are Old Earth fans all over the world,” Porterfield said. “I wish more of them lived in Milwaukee. Honestly, it’s upsetting to me that we don’t have the imagination and patience to appreciate what he’s made. I can’t help but wonder that, if he would have received a fraction of the energy back from us that he put into the work, this might not be the final installment.

“He should have been appreciated as one of the great artists to work while living here,” Porterfield continued. “He should have been our tension-wire version of Bill Callahan. He should have been appreciated by every writer, musician and patron for doing the level of work that he’s done. He’s our Leonard Cohen. I went to the Cohen exhibit at the Montreal Art Museum. It was astonishing to see the people there in awe and appreciation of a life’s work made in their city. Maybe Todd’s story will be more like the James Nares exhibit at MAM. A creative energy that can’t be tied down to one discipline, but a sprit that comes out through a multitude of work in other forms.”

Old Earth’s final show is Friday, Sept. 6, at Linneman’s Riverwest Inn at 8 p.m. You can stream the project’s final release, “Beast of Needs,” below.