Alexa stays true to herself on ‘Still Got Love’

Alexa stays true to herself on ‘Still Got Love’ 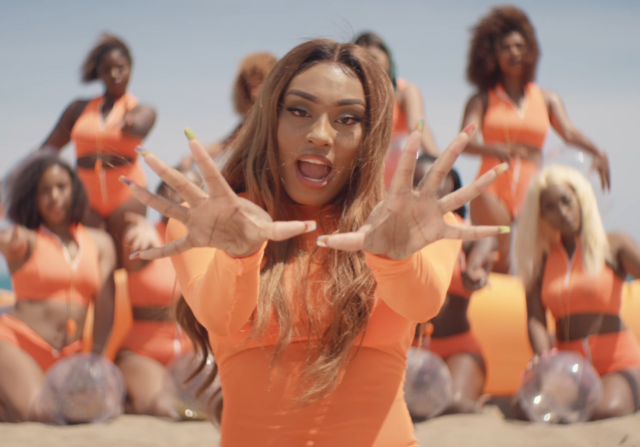 Alexa prides herself on being an overachiever. “Whatever I do, I feel like I need to do it 120%,” the 20-year-old Milwaukee R&B singer says. That was her approach at UW-Milwaukee, where she took 18 credits a semester and made the dean’s list – a huge point of pride for the first-generation college student. And, since she decided to drop out of college to pursue music, she’s brought that same drive to managing her career.

Alexa says she didn’t make the decision to drop out lightly, and in many ways she still carries herself like a student. She’s studied up on music-industry best practices at Backline’s virtual workshops, filling notebooks with the information she’s learned from them. “I come from a background of not having much and I put all of my money into what I do, so I can’t afford to make decisions without being informed,” she explains. When possible, she even carries a notebook with her, so she can jot down any information or contacts other artists share with her – she’s been surprised by how eager other Milwaukee musicians have been to help.

And to keep herself on track, each year Alexa creates a vision board for herself, creating quotas for how many videos she wants to release and deadlines for setting up her own LLC or registering with ASCAP. She’s already fostered a team of dancers, choreographers and producers.

That professionalism shows in the final product. Last month Alexa released a beachy music video for her latest single “Still Got Love,” and the PhillyFlyBoy-directed video is every bit as polished as the song itself — if not for some clear shots of the Third Ward, you’d almost have to squint to realize the video was filmed in Milwaukee. Contemporary R&B is some of the artist music for independent artists to get right; if the songwriting, the vocals or the production fall short, the whole track crumbles apart. But Alexa nails it: The track is an earworm.

The song, she says, is about accepting the reality that some relationships aren’t meant to be. “Some people in my life have been in relationships where we all knew that it wasn’t going to work,” she says. “The song is saying that it’s OK to love someone and still have love for someone, but if you know it isn’t right, it isn’t right. You can lose focus of who you are when you’re in a relationship, and that’s what the video depicts.”

Alexa says that she’s aware of the challenges of trying to launch a music career from Milwaukee, a city without much of a music industry, but so far she’s found the support and mentorship she’s needed here. And while some artists openly talk about their goal of one day leaving the city for a more established music hub like Los Angeles or Atlanta, Alexa says she’d prefer to keep working in Milwaukee.

“If I ever leave, it would be for business, but I’ll always come home,” she says. “Even if something pops off for me, my end goal is always going to be to build something in my own city.”