Barely Civil heighten the fireworks and the stakes on their sophomore album, ‘I’ll Figure This Out’

Barely Civil heighten the fireworks and the stakes on their sophomore album, ‘I’ll Figure This Out’ 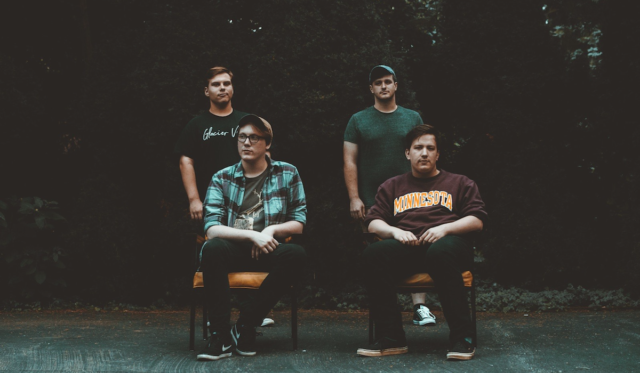 Like so many of the best emo albums of the last decade, Barely Civil’s debut “We Can Live Here Forever” was born of transition. The record documented the group as they scattered across Wisconsin for college, bidding farewell not only to their hometown of Wausau but to some of the formative relationships associated with it. It’s a record about “finding a place in the world and the mixed emotions that come from leaving the past behind, even if the past wasn’t all that great to begin with,” as we wrote in article about Milwaukee’s emo scene for NPR last year.

Today the band releases its roiling sophomore album “I’ll Figure This Out,” which puts to rest any doubt that their debut was a fluke of youth. Produced by Chris Teti of The World is a Beautiful Place & I am No Longer Afraid to Die, it’s cleaner around the edges than “We Can Live Here Forever” — more focused, more certain and indisputably bigger — but that polish doesn’t come at the expense of everything that made their debut such a sleeper gem: the vulnerability, the inner turmoil, the LiveJournal-ed candor.

“I’m scared of who I am and who I’ve become,” Connor Erickson sings on “Box For My Organs,” amid swells of searing, soaring guitar. Teti’s production makes the guitars glisten, emphasizing their almost metallic edge. Grand and gorgeous, it’s a huge song from what had seemed, until now, an intrinsically small band.

Milwaukee hangs over the record, too. Two of its songs are titled after street names, “North Newhall” and “Fairmount,” while the enormity of Lake Michigan becomes a stand in for guilt on “Bottom of the Lake.”

Erickson and drummer Isaac Marquardt share an apartment in the city, but as Erickson explained in an interview with Ian Cohen for Stereogum, living somewhere for college isn’t the same as feeling at home there. Being on tour “really solidified that I feel comfortable when I’m away from home and I feel very uncomfortable when I’m at home,” Erickson explained. “I think a lot of this record is trying to navigate, well, then where is home? What does that mean? And if I can’t consider the places where I’m living to be my home, do I have a sense of home?”

The result is a record that captures the unsettled rhythm of those college years, where you cycle from lease to lease, paying rent without ever feeling rooted. A sense of ephemerality hangs over even the best times; your friends are always once job opportunity away from moving, and whatever ambitions you have for yourself hinge on forces beyond your control. “The Worst Part of December,” Erickson confronts a grim image of failure: “If I can’t make it with my own voice, I can’t afford to leave this town.”

The album title “I’ll Figure This Out” suggests hope of sorts, or at least an understanding that these challenges are just part of a phase most of us go through. But that recognition does little to ease these worries in the moment, and that’s where these songs live: in the moment. Few bands right now are chronicling the transience of youth with such play-by-play intensity.

You can stream “I’ll Figure This Out” below, via Soundcloud. It will be out on all major streaming platforms tomorrow.