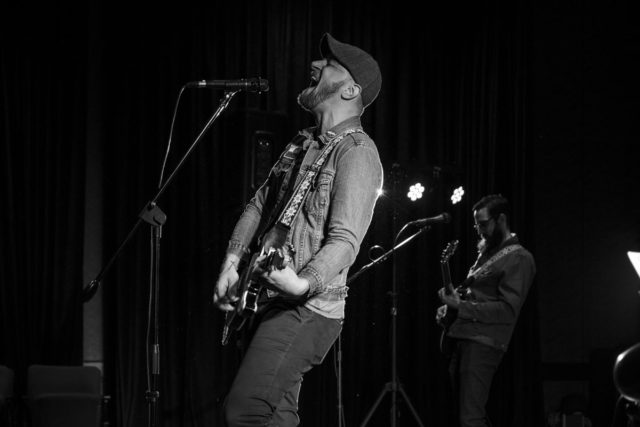 For this week’s premiere, we’ve got a passionate heartland rock song from singer-songwriter and multi-instrumentalist Ben Harold, just in time for Mother’s Day. Stream and read about “Just a Ghost” below.

I grew up in Cudahy — and yes, I have heard the jokes you are thinking of. When I was about seven I had a little 12″ keyboard that I used to dink out melodies to TMNT, Jurassic Park and Star Wars on. I picked up guitar when I was sixteen but really didn’t know how to do music by the book. I wasn’t trying to be arrogant — naive is probably accurate — but at that time I just figured at some point in history someone invented this thing and had to figure out how it worked so why couldn’t I? Plus, my mom, who used to play by ear claimed that taking lessons took that skill away from her and that scared the shit out of me so I just avoided it altogether.I always preferred to learn by getting my own hands dirty and figuring it out for myself whether it was instrumentally or in songwriting.

“Just A Ghost” began as an exercise in songwriting — I was trying to write more narratively (that’s not a word) and get away from writing introspectively, maybe I just needed to get out of my head for a while. “Just A Ghost” is a story about a single mom raising four kids on her own and really about people who give up who they could be for the sake of someone else and what that does to you. The idea being that, when you do that, you become a ghost of who you could be at least for a while. I don’t know if I’m brave enough to do that, but I want to honor those that are.