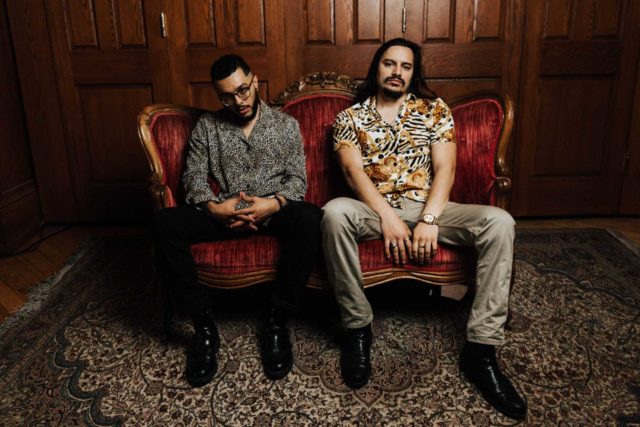 For this week’s premiere, we’ve got the latest from one of the city’s most dependable acts, the Latin hip-hop duo Browns Crew. You can stream and read about their love-struck new single “ETA” below.

Browns Crew is a Latin hip-hop duo comprised of El Sebas and Cristo Paz, two emcees whose music is influenced by their culture and experience as Mexican Americans. They share their visions and experiences in English and Spanish and are known for infusing Caribbean sounds into their live performances.Last summer we were sitting out in my yard doing a little bit of strategic planning and regrouping since we had not been creating much during the first part of the pandemic and the uprisings for Black Lives.

We went back and forth playing some tracks for eachother to see what we might want to work together on and write to. Sebas reluctantly said, “I got this one last beat, but I don’t know if you’re gonna like it”. He played it for me and I was OBSESSED. He spit his verse and what he had for the hook and I started freestyling to it. Some time later we were able to lock in with AQ at the Hitshop to lace up the track and now we can bring you this fire. We have more releases on the way this summer and some exciting live shows as well.