Bruce Humphries looks back with wisdom on ‘Cold, Cold Heart’

Bruce Humphries looks back with wisdom on ‘Cold, Cold Heart’ 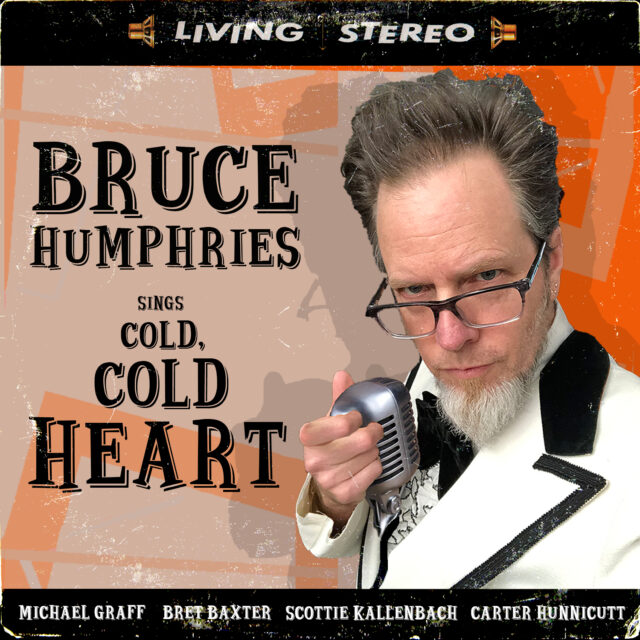 For today’s premiere, we’ve got a slab of classic rockabilly from scene veteran Bruce Humphries, who splits off from his band The Rockabilly Rebels to record with some Milwaukee musicians from other corners of the city’s rock scene on “Cold, Cold Heart.” Stream and read about the track below.

Bruce Humphries is about to release his third solo single “Cold, Cold Heart” on July 31. Momentarily breaking away from his band, The Rockabilly Rebels, Bruce teams up with some of Milwaukee’s coolest musicians: Michael Graff from the Grovelers, Carter Hunnicutt from Xposed 4heads, Bret Baxter from Rockabilly Rebels and Scottie Kallenbach from Lack of Reason. Recorded on a whim through the MATC Audio Production class and mixed by Nolan Treolo, “Cold, Cold Heart” is a true rocker. More importantly Bruce is not showing any signs of slowing down as he nears his mid-fifties. “I’ve been doing a lot of reflection on how I’ve lived my life and that translates into some of my song writing. It used to be all about girls, girls, girls. Now I write songs about how idiotic I was and how I regret being so shallow. Like the song says, I should have known better!”