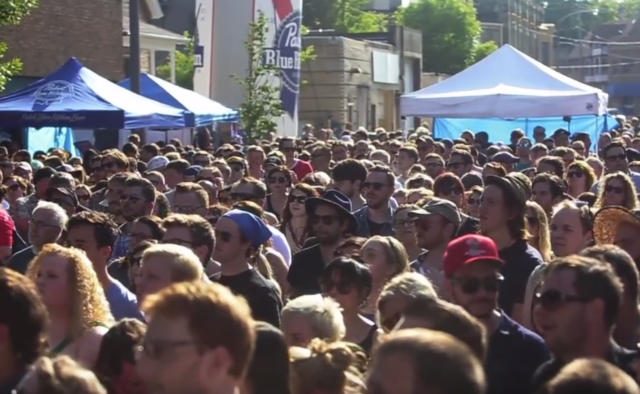 Summerfest tends to dominate the city during its run each summer in late June and early July, but it’s hardly the only big outdoor event going on during that time. Each year Burnhearts in Bay View hosts one of the neighborhood’s most anticipated street parties during that window, its annual Burnhearts/Pabst Street Party, and today media-sponsor Milwaukee Record revealed the event’s lineup for its 12th year on Saturday, June 29.

Immortal Girlfriend, Shle Berry, Fuzzysurf, L’Resorts, Marielle Allschwang & The Visitations and SistaStrings will perform between noon to 8 p.m., along with DJ sets from Why B.

Once again, the event will also feature a craft and maker market curated by Cortney Heimerl, and Burnhearts’ Korbel Brandy slushes, as well as plenty of Pabst Blue Ribbon. You can find more information on the event’s Facebook page.