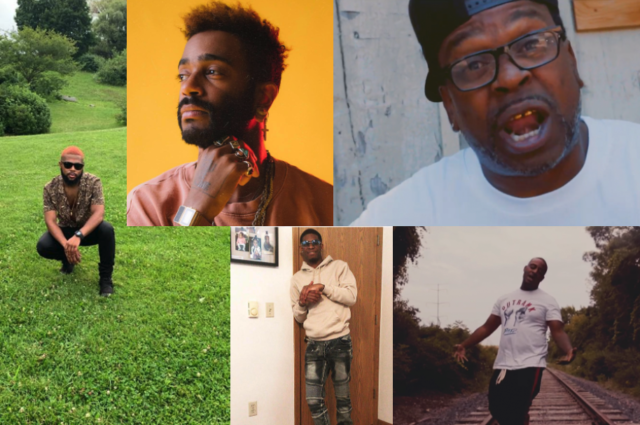 In this installment we celebrate Hip-Hop Week MKE, which runs now through Aug. 25, with new videos from LBM Lil Joe, Auti Marie, and Young Kyoz with Baby Drew and Coo Coo Cal; albums from OuttaHereDrae and Vogel Park and standout tracks from Klassik, Von Alexander, Twan Mack, Hakeem Paragon and Mari Boy Mula Mar. Stream and read about them below.

A rapper is only as good as their voice, and OuttaHereDrae has a great one, a booming, expressive croon with periodic shades of heavy weights like Kevin Gates. Along with regular collaborators Lil Saucy and MT Twins, both of which lend a pair of features to OuttaHereDrae’s new album “F.A.C.T. (From a Cold Town),” Drae is part of a constellation of the city’s most melodic, radio-adjacent rappers; the entire album is a showcase for his tuneful ear. Drae saves two of his best tracks for last: “What It Is” offers an impassioned flip of En Vogue’s classic “Don’t Let Go,” while “Plug Money” coasts on Drae’s massive bellow.

“When you mention slap music, I’m the one to do it first,” LBM Lil Joe brags on his latest single. I won’t fact check that statement, but there’s no doubt that Lil Joe was one of the first Milwaukee artists on that wagon, and one of the artists who paved the way for the street-rap resurgence the city has witnessed the last few years. Instead of resting on his laurels, though, he tries something a little bit different on “I Feel Good,” rapping over a beat with a bit of a flossy, Miami spin on it from producer Emazon — one of the most consistently innovative beat makers in Milwaukee right now. “I Feel Good” still slaps, but it does so with a flair that’s all its own.

Klassik – “Keep It Down”

Klassik is already seeing returns on his time in the Backline program. Ahead of a new album, he’s seen a massive surge in Spotify streams on the back of just two tracks, “Long Ago” and “Home.” Last week he added a third to the mix, his most posh single yet: “Keep It Down” rides a sumptuous thump, introducing shades of house to the rapper’s soul/rap fusion. Like everything Klassik touches, it goes down incredibly smooth.

Nearly two decades after “My Projects,” Coo Coo Cal remains Milwaukee’s most famous rapper. To answer the questions we’re still asked all the time: Yes, Cal still lives here; yes, he’s still making music; and yes, he still sounds pretty fantastic after all these years. The times may have changed but Cal’s buoyant, rubber-mouthed flow hasn’t, nor has his M.O.: He’s still making hard, southern-inspired street music that sounds right out of the mid-’00s. Young Kyoz recruits Cal and Milwaukee’s other giant from that era, Baby Drew, on his new single “Mr. FBI,” a fierce, speaker-rumbler of a track about being under surveillance, and it’s a treat hearing these luminaries of a previous generation of rap continue to record entirely on their own terms. Just about the only concession to modern times is the stylish video from DineroGangRay, one of the directors who’s brought a more cinematic edge to Milwaukee rap videos. (If you’re in the market to see Drew and Cal, by the way, you’re in luck: They’re headlining a Hip-Hop Week MKE showcase show Sunday, Aug. 25, at Mr. J’s.)

With projects like “MAYHEM1993” and “ALEXANDER,” Von Alexander has cemented himself as one of the city’s most dependable album artists, spitting grounded, slice-of-life raps over understated, quietly inventive production, making the kind of music that J. Cole’s fanbase should eat up. Ahead of his new album “I CANT DIE” this fall, he’s shared this intriguing video for the title track.

Speaking of Von Alexander, along with a half dozen or so other rappers in the city he’s part of a loose hip-hop collective called Vogel Park. That group released an easygoing new EP last week with contributions from AWill, Drudini, Camb, Tyso SPRME and Renz Young. The mellow, late-night vibe flatters all involved.

Auti Marie raps about romance and relationships with heart and humor on her new EP “Boss Bitch Magic,” never letting serious topics deter her from some old-fashioned shit talk. She keeps the zingers coming on “Like Mike,” the EP’s kinetic, horn-punched opening track, turning the tables on negging men, cutting them down with one cold quip after another. (Auti Marie will join B~Free, Brit Nicole, Dailen Harris, Grey Genius, Jayne Joyce, Kia Rap Princess, Kyndal J., Ms. Lotus Fankh, Mudy, Shle Berry and DJ Nikki La Bomba on a Hip-Hop Week MKE tribute to the ladies of R&B and hip-hop on Thursday, Aug. 22.)

Twan Mack is one of the Milwaukee rap scene’s lifers. He’s recorded with local lions like Speech, Stricklin and IshDARR, and has tracks in the pipeline with cult figures like Skyzoo and Ras Kass. His joyfully grumpy latest single “Have a Nice Day” celebrates his old-school ties, with nods to Roxanne Shante and Run D.M.C. He’s planning a tour with Speech this fall, but first he’ll play a Breaking and Entering’s Hip-Hop Week Showcase show on Saturday, Aug. 24, with Larry Bull, Jaecar, Mudy, Nile and SJ Phoenix at Cactus Club.

Sometimes I liken Mari Boy Mula Mar’s nutty, Auto-Tuned voice to kombucha: The first time you take a sip of it you wonder how anybody in the world could possibly enjoy it, but if you give it a few more chances, within a few months you’ll be spending $15 a week on the stuff. It doesn’t hurt that over the last half year of so Mula Mar has become a sharper, more tuneful writer: “Clocking” is one of his wittiest, hookiest tracks yet. “I know this an Audi Coupe but I’mma drive it like a Rari,” he sings. He also lands this great dig: “My lunch line McDonalds, yours Arby’s.”

And finally, since it’s hip-hop week, let’s close with this tribute to one of hip-hop’s all time legends. Hakeem Paragon, whose new EP “No Heaven for Heathens” is very much worth your 20 minutes, honors ones of his inspirations. “Every time I hear him flow it sounds as if he’s rapping for his life,” Hakeem writes of Big L. “I heard this sample from his 95 freestyle with Jay-Z and it just hit me.”

We’ve got it. In anticipation of Hip-Hop Week MKE, earlier this month we shared our picks for the 10 most important rap songs in Milwaukee history. In our previous Milwaukee Rap Roundup, we covered recent videos from Destinee Lynn, Spanish Rice, Spidey Mayweather, 54 Baby Trey and Mari Boy Mula Mar and more. We also shared new videos from Mudy, Rockz and Zed Kenzo. And if you missed it, we previewed this week’s Hip-Hop Week MKE lineup on the latest episode of Tap’d In.