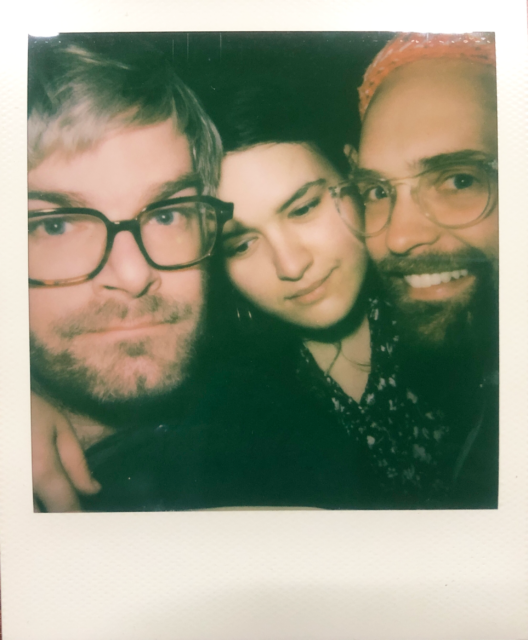 Two-thirds of the new Milwaukee band Chit Chat will look familiar to anybody who’s followed the city’s rock scene closely. Singer/guitarist Harrison Colby and drummer Jeremy Ault were both anchors of the Milwaukee bands The Delphines and NO/NO, two of the most adored local groups of the last decade or so, in addition to playing in quite a few other bands. In Chat Chat, they’re joined by newcomer Carmella D’Acquisto, a bassist who only picked up the instrument during the pandemic.

Just as NO/NO departed from The Delphines’ template, Chit Chat’s sound is a pivot. The group draws from the driving jangle of late ’80s U.K. bands like Felt, The Field Mice and The Pastels, as you can hear on their debut single “Age/Sex/Location.”

Not since Young Guv has a band spun a song so catchy about subject matter so creepy. “The song is about online catfishing,” Colby tells us. “The lyrics are from the point of view of the self-hating catfisher; who is feeling guilty. Instead of stopping, they double down — digging themselves deeper into a hole by continuing to lie about themselves to the person on the other end of the chat.”

We’re excited to premiere the track, which you can stream below. You can also catch the band’s first performance Wednesday, Dec. 22, at the Cactus Club, where they’ll play on a bill with Fun Bois, LUXI and DJ Jaffy Jaff (AKA Radio Milwaukee alum Ayisha Jaffer). That’s going to be a great bill.