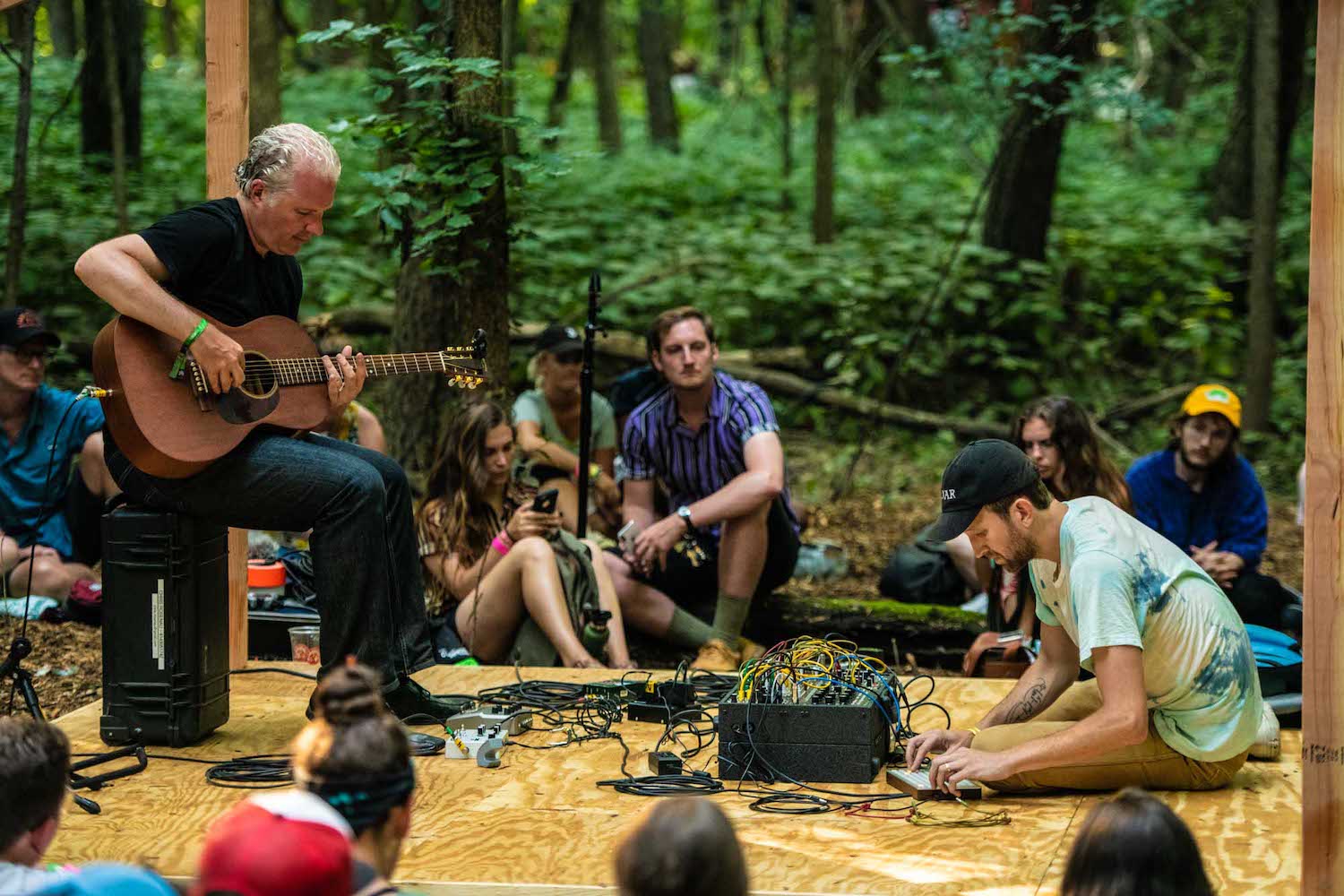 It’s a joy to learn, then, that the two made the time to record an album together. Recorded in 2017 in North Carolina, their new record “Bluebird” will be out next month on Psychic Hotline, and today they announced a small series of shows together, including one Friday, Aug. 9, at the Back Room at Colectivo.

And today the two released a track from the album called “Sharon,” a humid, gorgeously autumnal mood piece built around an almost unrecognizable sample of Sharon Van Etten’s voice.

Sanborn shared the origins of the track in a statement. “‘Sharon’ showed up at about the halfway point in making this record and it was the first moment I felt like I understood what we were actually making,” he explained. “I had been subtly using my own voice on most of what we had recorded, but it wasn’t until I used someone else’s voice that I started to really understand the width of space a human voice could inhabit in this context; how Sharon’s voice could ground the piece in a certain humanity, how the act of sampling itself can elicit a sense of comfort, knowing or nostalgia. This idea would end up affecting the entirety of the album, changing the way we worked and the music we made for the better.”

Stream the track below.