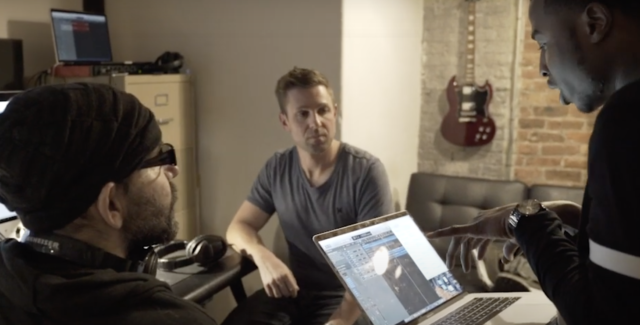 For this week’s premiere, we’ve got a collaboration between Milwaukee singer WorldWideDG and musician Deputi, a smoldering ballad called “Last Time” from their album “Project Threaded.” Stream and read about it below.

“Project Threaded” contains threads from different genres, backgrounds and influences, and is woven together by friendships that started over a decade ago. Milwaukee musicians DG (WorldWideDG),Dave Olson and Scott Radke (Deputi) collaborated on three songs that are set to be released in the coming months.

When Dave moved to Milwaukee from Madison, Wis., in 2007 with the educational hip-hop group The Figureheads, he was recording music and mentoring youth with the group. Through a partnership with a church in Milwaukee, he met DG (WorldWideDG). DG was only 12 at the time, but he already had the ability to create compelling vocal melodies that blew everyone’s minds. DG then began performing at concerts with The Figureheads over the course of the next seven years all around the state.

At the same time, Dave and DG started recording music and became close friends. Several years later, DG was releasing singles and EPs as a solo artist under the name WorldWideDG. Dave was creating music for film, and commercials with producer Scott Radke under the name Deputi. From time to time, DG would stop into their studio to see what they were working on as well as contribute vocals on some of the music for television. One day, while Dave was building a piece of minimal, ambient music for a film, DG began singing a beautiful melody over the top of it and it was then that they both knew that there was something special happening that needed to be recorded. A few hours later, they had created the song “Last Time.”

Creating that song sparked off a new collaboration centered around blending the music for film that Deputi was producing and the soulful R&B that WorldWide DG was creating. Dylan Taugher, a local Milwaukee producer, joined in the studio to provided additional production and arrangements on the songs that followed up. “The Last Time” music video shot on the frozen shores of Lake Michigan, was directed by local filmmaker David Busse. Local Milwaukee artist Jonna Olson created the art direction and design for the project.