You Should Know Devil Met Contention

You Should Know Devil Met Contention 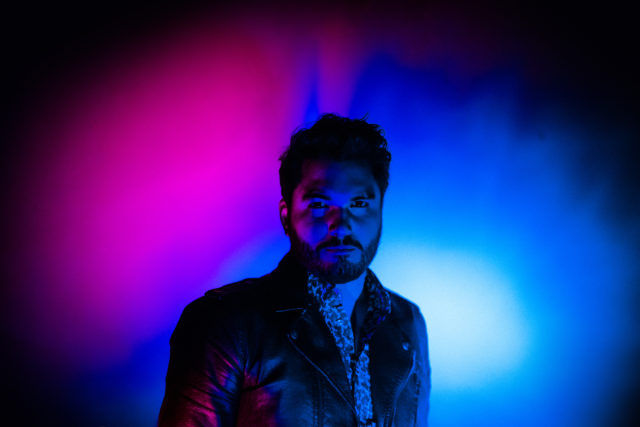 Devil Met Contention frontman Ehson Rad has a distinctive mournful croon that is powerful, but also aches for something more. The band’s new single, “Take a Chance,” expands the Ennio Morricone leanings of its previous efforts with more texture and layers and leans more on studio effects and synths than their Americana tools of accordion and violin. You’ll still find the roots rock influences of Springsteen, but with the help of producer Daniel Holter, the sound is cast in a more modern light. Which, according to Rad, is closer to what he’s always envisioned for the group. While you may have recognized the group from their matching suits that suggested a throwback sound, they’ve cast them aside in favor of embracing the future. 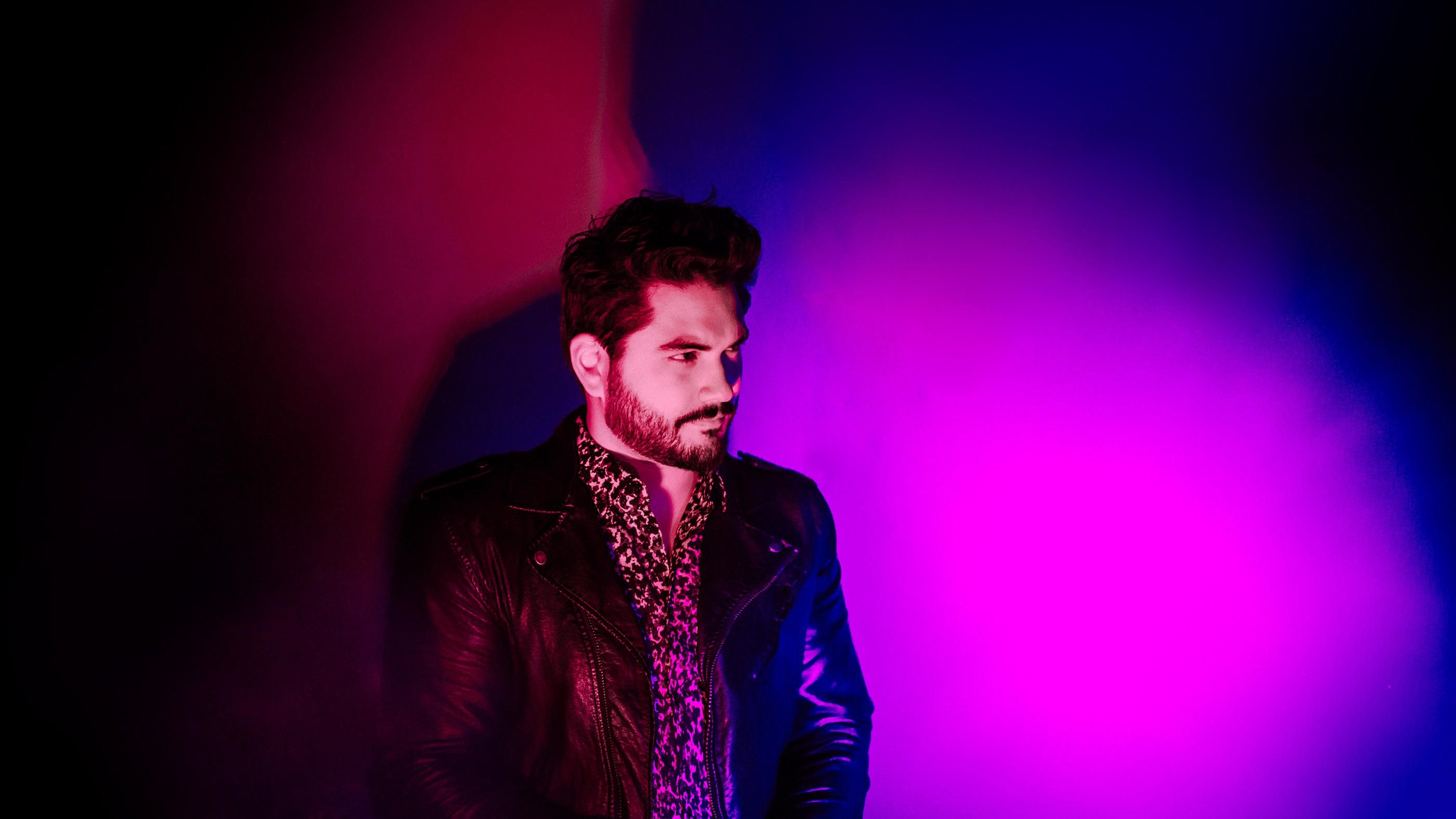 You can see Devil Met Contention perform at Cactus Club on June 19 and at Summer Soulstice Music Festival on June 23.

The Milwaukee group is trading in suits for synths

If you already knew Devil Met Contention, you may have noticed that their new single, “Take a Chance,” hints at an evolution of sound. And, if you didn’t already know them, you should.

Meet Ehson Rad, singer-songwriter of Devil Met Contention. I recently sat down with him to talk about their upcoming album and embracing the future.

I started writing songs as I was graduating college in 2010. I didn’t really know what to do, so I signed up for this class called, Rock and Roll History Through 1965. I was like, “What is this? Whatever I’ll take it.” There was a workshop and I wasn’t involved in the Milwaukee music scene, but it gave me this great avenue to perform for people who were interested. I took the class a few times. Other Milwaukee musicians were in it too: Trapper Schoepp, Graham Hunt of Midnight Reruns, Max the guitarist from Tigernite… so many Milwaukee musicians who are working today have taken the class. He was really encouraging.

When I was younger, I always wanted to be Kurt Cobain or Bob Dylan. One day, I discovered Radiohead and it challenged all the pre-conceived ideas of being a “man.” The alternative music scene in the 90s was hyper-masculine, like Stone Temple Pilots, and they had these big, deep voices. I love Pearl Jam, but I couldn’t connect with Eddie Vedder’s voice and there was so much of that. I liked rock, but I couldn’t get into it. Then, I heard Radiohead and it was just as sad as I was, but really interesting.

I think the first time I wanted to sing; I heard the Wallflowers’ song “One Headlight.” I don’t remember when it came out, but I was really young. I remember hearing his voice and thinking, “I can’t sing like that, my voice doesn’t sound like that.” But, that’s the first time I remember wanting to sing.

How did Devil Met Contention come together?

Very, very slowly. It started out as a solo thing, but I wasn’t achieving what I wanted. I wasn’t interested in learning lead guitar. I only wanted to learn how to write songs. So, I started with a guitarist, and we had different ideas and different paths. A couple of members came in and out, but I kept the name. It was probably three years of that, until I found Nez my drummer. Eight years before that, I saw him play and told him, “One day I’m going to steal you for my band.” I was like 18. He was like, “Okaaaay.” But, I eventually did that. We found David [Schuyler] because our guitarist had a health problem and couldn’t play. David was going to be a temporary fill-in until we could figure it out. He turned out to be the best guitarist I had ever seen and played the songs like he wrote them. We put up a random poster looking for a bass player in a coffee shop. Max [Nemer] saw it and emailed me. I had him come over to a basement to play with us. He did, and we kept him. All of these guys are solid and care about the music and are just really talented. Being patient paid off.

2. Did you grow up in Milwaukee?

I grew up mainly in El Paso, Texas. We came here right before high school started for me. I was picked up out of Texas. My dad got a job at Harley Davidson and he just moved the family. I thought, “What is there? Why are we going to Milwaukee? Isn’t it the opposite of this?” Even though it kind of is the opposite, it became home.

How do you describe Milwaukee to out-of-towners?

Even though there are a lot of stereotypes about the Midwest that are true… some of them are positive ones. The beer selection is excellent. It’s kind of got this thing about it where if you’re in the right place, you can have walked into a concert that many people would see at a festival, but it’s in a little bar full of people wanting to see it. It’s got kind of a Nashville thing about it. It’s small, but interesting, really weird, but definitely worth visiting or living here.

The music is a little closer to what I want to express and not held in by a genre, so there’s not a reason to do a throwback thing anymore, we’re not looking backwards.

3. I hear you’re breaking away from the suits. What’s changing and what was the impetus for that?

When we got together, I thought the suits were an appropriate way to present ourselves with the music we were playing and it made us feel like a band. Especially for a new band, it unified us and made us stand out. Now that everything feels like a group and we’re changing the music, they don’t seem appropriate to keep wearing them, especially when we’re trying to expand our sound and what we’re doing. Now that everyone is comfortable on stage, we don’t really need them anymore. The music is a little closer to what I want to express and not held in by a genre, so there’s not a reason to do a throwback thing anymore. We’re not looking backwards. I told the guys the first time we brought in a synthesizer and electronic elements into our new recordings, “This isn’t Americana or rockabilly so we aren’t going to be wearing the suits anymore.” And, they thought that was great.

4. Was recording at Wire & Vice a different way to approach recording for you?

I went there and I wasn’t sure if it was going to be the right place for us. We’ve done things one way for many years, but he [producer Daniel Holter] has a great sonic empathy that lets him be a chameleon between artists and genres and projects. He can be passionate about something that isn’t necessarily his creation. He just provides a really great bed for the songs to be able to come to life on. We’ve never worked like that and it’s never been so easy and fun to make something. He’s so cool, the place is beautiful, he’s like a secret in the village of Wauwatosa near a flower shop…like “What?”

He’s been there for 15 years and it’s mostly been License Lab stuff, but he’s been able to branch out and record more artists doing independent releases. I maybe saw him talking about Field Report online a long time ago and I was wondering where the Milwaukee recording studios were. I randomly found him and one day. I saw him on the street and said, “You’re Daniel Holter, I know you.” And he said, “Yeah, drop by the studio. I like you guys!” We became Facebook friends for three years and never talked, but eventually met in person. He’s definitely enhancing, even what I think artist’s expectations are in the Milwaukee music scene and what can come out.

I got to Wire & Vice, I talked to him. I thought it was a really beautiful studio. He gave me a tour and I said, “Is that Chris Porterfield’s guitar?” He said, “Yeah, Chris is moving in here.” I really, really liked Chris playing solo. Then, Chris sauntered in like, “Hey Ehson, what’s going on?” I thought, “Well, if it’s good enough for Field Report, why would I turn this down?”

5. What’s next for Devil Met Contention?

After the single, we’re working on the new album of material. We’re doing something different where we’re recording and demoing at home primarily.

We’ve never really had time to experiment at home. We always went for a really live sound in the studio. I wanted our concerts to sound like our records. Now, I want to write the song, I want to make a recording that’s amazing, and then we can figure out live stuff. I think it’s a more constructive process. I think our live performances are still going to sound like our records. Although there are synthesizers and piano and there are only four of us, we’re figuring out a way to do it.