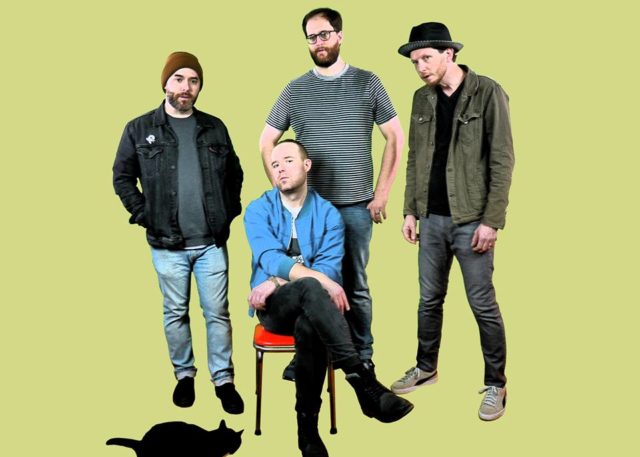 One of my favorite albums of 2019 thus far, “That for This” from Dirty Dancing was released not too long ago via Gloss Records (a Milwaukee-based treasure to say the least). The album is a high-energy, fun-inducing, self-reflecting, head-bobbing good time that embodies what Dirty Dancing do best.

Led by Eric Schoen, the group’s current roster coalesced in the fall of 2017 and started working on the album with producer Harrison Colby. All that time going in and out of the studio for a year and a half made for
a fragmented but exemplary document of their self-proclaimed “art-damaged post-punk” sound.

“That For This” is an observational take on love, self-awareness, loss and consumerism. While songs like “Winning” and “Livin’ The Dream” offer a direct perspective, the album is an overarching narrative that is relevant to any listener living in today’s society.

“The entire music experience, from performing to buying and selling records, is a transaction between audience and artist, like an abstract conversation,” says Schoen.

With the prevalent themes and an unassuming sense of stark reality and bluntness, the songs are to be taken with a grain of salt and a sense of humor. That detached approach is nothing less one would expect from the art rock, post-punk, garage, art punk, pysch, rock, indie rock, no wave band.

Listen to “That for This” below: