Donno talks going solo and reintroducing himself after the MT Twins

Donno talks going solo and reintroducing himself after the MT Twins 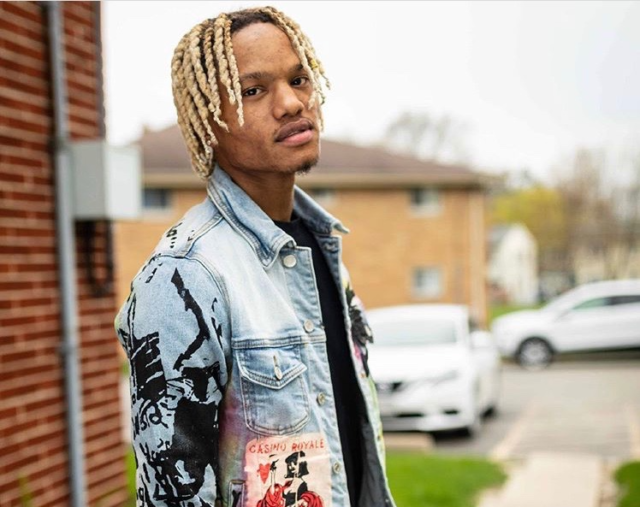 When the MT Twins announced their hiatus this March, it was with an Instagram post as vague as it was short. “Forever grateful for the journey,” they wrote. “Thank you for the support.” If that message stopped just short of saying farewell, that was deliberate. Unlike other rap acts, the MT Twins can’t ever truly break up. They’re twins. That’s for life.

But for now, at least, brothers Dexxx and Donno Sanders are going their separate ways. Both released their debut singles this month. Dexxx debuted a new moniker, 3XSimpson, and dropped a single called “Every Step,” while Donno shared “Look What We’ve Done,” a soulful track he describes as one of his most personal yet – which is saying something, given that the MT Twins always distinguished themselves with some of the most unflinchingly personal writing in the city.

“Look What We’ve Done” is both an ode to Donno’s girlfriend, who appears as herself in the video, and a history of their relationship. “It’s a factual story about how we came together, and all the stuff we’ve been through,” he says. He’s got plenty to draw on: The couple has been together for eight years, since Donno was barely out of middle school, and years before he started rapping. Keeping a high school relationship alive after high school alone is a feat; keeping it going while one member pursues a rap career is a minor miracle.

“There were a lot of mistakes I made with me being young and growing up and just experiencing life, especially when we started to travel,” Donno says. “She had to stay strong through all of that.”

The song is the first single from Donno’s upcoming project “Greater Life,” and as Donno see it, it’s an opportunity to reintroduce himself. MT Twins were one of the most successful Milwaukee rap acts of all time. Their songs have racked up millions of streams on YouTube, and their single “All Star” was one of the first Milwaukee tracks to skyrocket past the million plays mark. Last year they performed to a crowd of thousands at Summerfest. But Donno says that the group only represented part of who he is.

“What people don’t know is that while we grew up together, me and Dexxx are day and night,” he says. “We are not the same people. We’ve been through the same things, but we’re still different. We always both wanted to be our own person, and that’s why when I put my message out there, I wanted it to be a different message from his.”

Already the distinction is emerging in their solo material. 3XSimpson’s latest single with Rockstar Great, “Something Like That,” is a rowdy slapper, pitched squarely to the streets. “Look What We’ve Done,” on the other hand, is tender and confessional, a relaxation of the wartime posture MT struck on their most recent material. Donno says the rest of “Greater Life” will continue to mine the song’s mellower, more candid vibe. “I want to put out something that touches people’s souls,” he says.

MT Twins are still sitting on a mountain of unreleased material—hundreds of songs, by Donno’s count, including some they were waiting to release until they’d make a bigger name for themselves. Some of those songs could still see the light of day eventually. And smart money says the two will perform together again eventually. “It’s still a part of us, and it’s hard to give up a part of you,” Donno says. “In some ways I feel like this is just another chapter in MT Twins, us doing our own thing, and I feel like it’ll make a good story later on.”

But for now, Donno says, he’s appreciating being able to forge his own path. “I’m excited,” he says. “I get to be myself. I don’t have to be anybody else.”