Dramatic Lovers grapple with adulthood on their impassioned debut, “You Talk Loud”

Dramatic Lovers grapple with adulthood on their impassioned debut, “You Talk Loud” 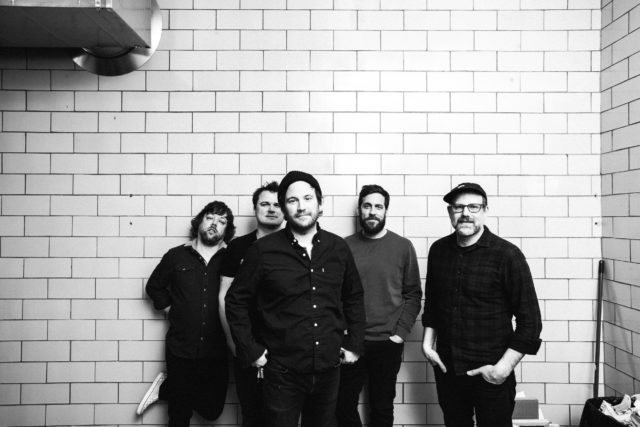 Closure is an odd thing to expect from a band’s debut album, but Dramatic Lovers’ “You Talk Loud” isn’t the debut from just any band. The core of the group’s lineup consists of members of Decibully and The Promise Ring, beloved Milwaukee acts whose original runs were cut short or ended too abruptly. Decibully in particular never got the sendoff they deserved. After a decade as one of the city’s most prominent indie-rock bands (they’d been signed to Polyvinyl, at a time in Milwaukee when it felt like nobody was signed to anything), they signed off with a no-frills surprise farewell show in 2011, just hours before unceremoniously plopping their final album online for free download.

The band seemed to have no regrets about their low-key goodbye, but I did. I wanted to see how their story ended — not so much the story of the band, but the story they told on their records. No band from their era better captured the driftless rhythm of life as a young, not-quite-upwardly mobile creative in a city like Milwaukee. Frontman William Seidel sang of the comfort of living in a bubble with cheap rent and low expectations, despite the lingering sense of squandering your potential. What are the consequences of a youth spent like that? Decibully broke up before they could answer that. But on “You Talk Loud,” Dramatic Lovers pick up those threads and capture the fallout.

At times it feels vaguely uncanny, hearing a band so associated with a youth and quarter life malaise reincarnated as one that squarely addresses matters of adulthood, but it beats the alternative of hearing a band live in the past. Sonically Dramatic Lovers are a continuation of what came before, not a replay. Seidel’s domesticated howl remains as passionate and unmistakable as ever, but the backdrop has changed — it’s less fussy than Decibully, and more muscular. The band has dialed back the ’00s indie trappings and looks instead to moodier, ’80s-inspired alternative. The guitars have the frosty nip of The Chameleons or The Smiths’ final records, and just as often crackling synthesizers drive the songs. On “Broken Nose,” the synths sound like they’ve been ported in from a “Friday the 13th” sequel.

And that chilly sound suits an album where almost every other song plays like a marital argument. On “I’m Awake,” Seidel sings in recriminations, powerless to stop the flareup he keeps pouring gasoline on. “I don’t even know you anymore,” he sings, “You used to be so happy, now you can’t even tell me what exactly is on your mind.” The record explores the roots of that discontent and resentment: the ghosts of who we used to be, the dreams we abandoned and the goals it may be too late to realize. “How do you want to be remembered?” Seidel sings on a track of the same name. It’s a loaded question. How do we want to be remembered? As the person we used to be, or the one we are now? What if we’re not happy with either option?

“You Talk Loud” was released on Friday. You can stream it below, via Bandcamp, and read our You Should Know feature on the band. Dramatic Lovers will perform as part of Tonic Tavern’s 10th anniversary celebration on Sunday, June 9, and with L’Resorts at X Ray Arcade on Saturday, June 15.