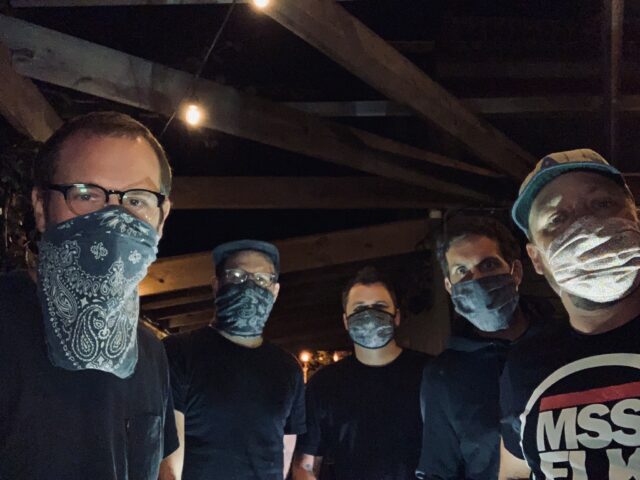 Dramatic Lovers probably aren’t the first band you’d expect to release a remix album. The group’s 2019 debut album “You Talk Loud” was a proud, meat-and-potatoes indie-rock record, not really the type of beat-heavy effort that lends itself to re-interpretation. Every song already sounded like the definitive version of itself.

Still, over their years playing in Decibully and related bands, the members of Dramatic Lovers have cultivated a large circle of musician friends, and many of those peers gamely turn out for the group’s new remix record “Utah Cloud,” flipping, inverting and paying homage to songs that, even just a year removed from “You Talk Loud,” already feel like classics. And, really, there are worst ways to spend a summer afternoon during the quarantine than listening to supremely talented people cover songs from one of the best Milwaukee indie-rock records of the last decade.

The record gathers a cast of neighbors, pals and former Polyvinyl label mates, including Mark Waldoch, Collections of Colonies of Bees’ Chris Rosenau, Tim Kinsella (along with Jenny Pulse as Good Fuck), The Hood Internet’s Steve Reidell, Eric & Magill’s Ryan Weber, Maritime’s Dan Didier and more, and this material gives them plenty to work with.

Waldoch reroutes “The Comedown” through a maze of pedals, drenching the track in shimmering, fun-house effects and punching it up with his own voice. Reidell strips “I’m Awake” down to little more than a heady riff then makes synths bloom around it. Rosenau coats “Fast as It’s Made” in sheets of sumptuous, disarmingly infectious post-rock, while Guerilla Ghost give the same track a menacing, industrial edge.

And, as a palette cleanser, Dramatic Lovers singer William Seidel also shares a sparse demo version of “How Do You Want To Be Remembered,” a “You Talk Loud” standout that lends itself to solo treatment. This version would have sounded out of place on amid its crackling companions on “You Talk Loud,” but it fits right at home on “Utah Cloud.” That’s the charm of a project like this: No sound is out of bounds.

You can find the record on all the major streaming services, and stream it below via Bandcamp.