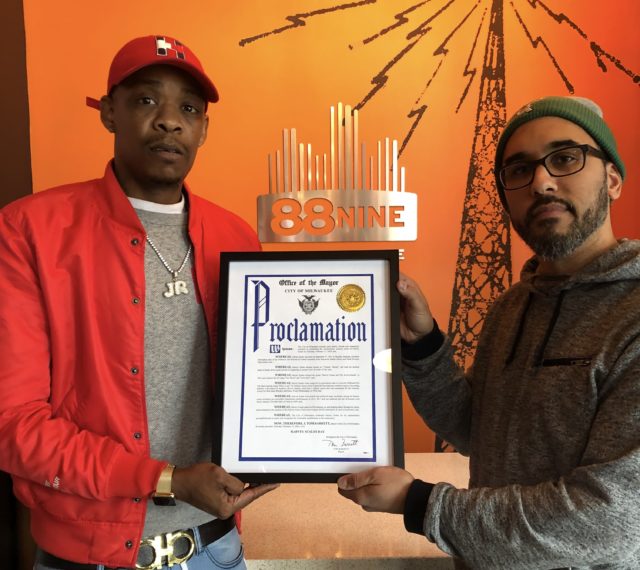 Exactly one year after his passing, iconic Milwaukee soul artist Harvey Scales is being recognized for his musical achievements.

Watch him receive the award below.

“For it all to come full circle like this is just amazing to me. And I know he would be proud,” Scales Jr. said.

“This is something we all wanted,” Scales Jr. said, referring to his family, “And I know he would have wanted it, too.”

Scales entertained generations of Milwaukeeans throughout his decades-long career, earning the nickname “Twistin’ Harvey” for his high-energy stage shows.

He also found success on a national scale. In addition to winning a Grammy Award, he also co-wrote the song “Disco Lady,” the first record in history to receive a platinum designation from the Recording Industry Association of America.

Scales Jr., who is also a musician and performed at 414 Live last week, dedicated his performance to his late father. You can watch his performance here, and be sure to listen to DJ Dori Zori’s 2015 interview with Scales.