Four Wisconsin songs that speak to the moment

Four Wisconsin songs that speak to the moment 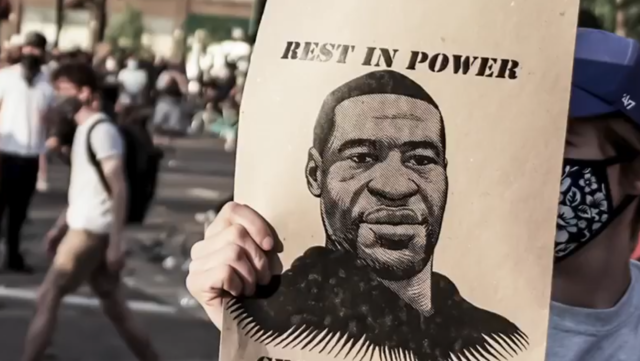 Milwaukee artists have been at the forefront during this remarkable moment in history, both at the protests and in the studio, using their music to fuel change. On this week’s episode, we talk about four recent pieces of music that speak to this moment, including a few that are even raising money for the cause.

Johanna Rose has been doing live streams almost every day. Last year her duo Nickel & Rose released a song called “Another Man,” and they’ve been donating all the proceeds from that song on their Bandcamp page to the Milwaukee Freedom Fund.

Songwriter Adam Greuel from the bluegrass band Horseshoes & Hand Grenades recently wrote a whole album inspired by the pandemic. And even more recently he wrote a song called “Call It What It Is,” which came out four days after George Floyd’s murder. The lyrics don’t pull punches. “Call it what it is/He died there in the street/With protect and serve/Pressing him into concrete,” he sings. “I can’t breathe, please stop/Those words are crystal clear/Call it what it is/He got murdered over there.” His music video for the song includes clips from the recent protests.

We got an email from the Milwaukee Coalition Against Hate about a special song they put together featuring 10 artists, age 10-50. It’s called “Brighter Days.” It’s great hearing artists from so many different backgrounds come together on the same track.

Hear us discuss those songs on this week’s episode.