Get lost in the interactive psychedelic world of Some Strange Kaleidoscope

Get lost in the interactive psychedelic world of Some Strange Kaleidoscope 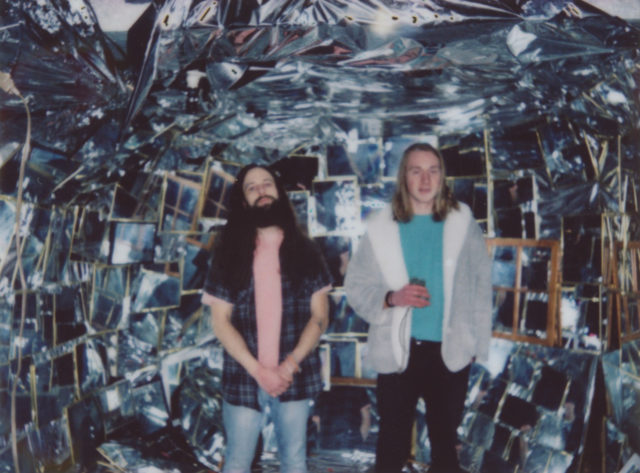 The pair closed the chapter on The Rashita Joneses in July 2016, but used the opportunity to evolve into something beyond themselves — creating a bigger, more colorful, and hypnotic vision in the process, a world filled with multi-media art and a larger-than-life interactive recording aspect.

What prompted this shift? Phil explains, “I guess a lot of it was good old fashioned maturity. We are still some very goofy dudes, but at the same time if we have this fresh slate to work with now, we want to be able to have some longevity to this. While we were away we also planned our attack. To come back as something more than a band. An artistic project that reaches further than normal tendencies, and includes the audience in a new culture that can be theirs. To come back as an experience, and to get that experience on the freakin’ road and tour our asses off and splatter our art all over life’s canvas, and inspire others to do the same.”

It’s hard to describe something so visual and conceptual but their website provides a slight peek into their mystifying ~*world*~ with animations, trance-like visuals and transcendent sounds.

Some Strange Kaleidoscope delves into the psychedelic whirlwind of what they describe as “interactive art, videos, audio-responsive DMX light patches, sculptures/paintings/installations, interactive web media, animations, and a number of additional hidden elements to the project.”

Wanting to fulfill more than their Rashita endeavors, the two have officially debuted and released “Patina Screamer” from their upcoming album. The intricate track is a woozy ride, taking you through the ins and outs of their whimsical, garage psyche sound they visually represent.

As the website states, “Some Strange Kaleidoscope is a gift horse with a stomach full of puke, so keep your buckets empty.” I hope that painted you a nice picture.

Listen below but really, check out the website because… well, please read the above again.