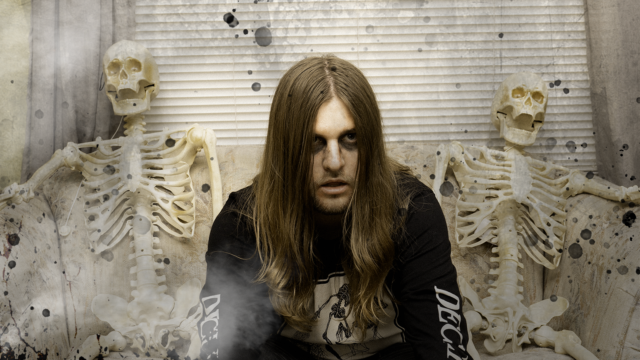 Every day between now and Halloween we’re sharing mystical, magical and maleficent stories from some of our favorite Milwaukee musicians — that’s right, we’re talking spooky stories.

On today’s episode of Milwaukee Encounters, we’re joined by GGOOLLDD’s Nicholas Schubert, who tomorrow will officially release the debut from his new side project BLOOD, a gothy album very much in the spirit of Halloween. Inspired by ’80s horror movies, it’s like a cross between GGOOLLD’s synth rock and the “Nightmare on Elm Street 3: Dream Warriors” soundtrack.

That album comes out tomorrow on Los Angeles’s famed Cleopatra Records, but you can stream it now on Milwaukee Record. And below you can hear Nick tell us his ghost story — and the two terrifying words he heard whispered from nowhere inside a house in Riverwest.

If you missed our previous episodes of Milwaukee Encounters, you can hear Cat Ries share an uncanny experience at the Seven Bridges trail; Barry Paul Clark recount the scariest thing he ever experienced at a famously haunted Milwaukee venue and LUXI tell us the creepiest thing she’s ever experienced.

You can stream BLOOD’s album below.