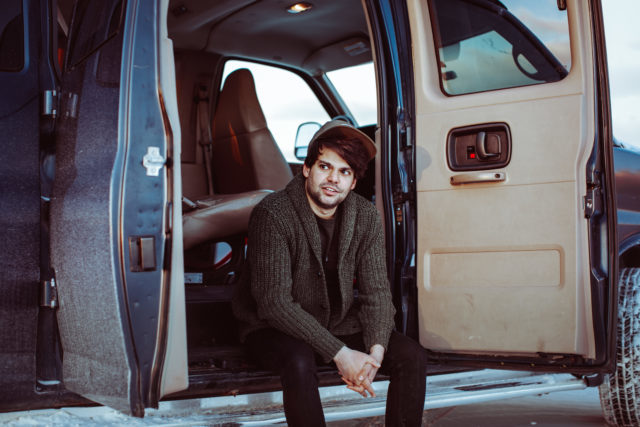 Nobody writes about breaking from the past quite like Aymen Saleh of the indie-pop project Holy Pinto. His group’s charmer of a new album “Adult” is a eulogy to youth, filled with wry yet tender prose about the ironies and indignities of adulthood.

It turns out that record wasn’t the only music Holy Pinto had in the pipeline for this year. Saleh is closing out 2019 with what he’s dubbed his “Holy Trinity Singles Club,” a promise to release a new song each month for the rest of the year. Today he shared the first of the bunch, “Acquaintances, Friends; Love Ends,” a song that finds the British expat adjusting to his new life in America’s heartland with his usual mix of humor and melancholy.

The video is a treat, too. It documents Saleh’s quest to drive the biggest vehicles he can find, an exercise that — without spoiling too much — takes him to terrain he never imagined.

“I wanted to shoot a video where I went on a journey where I’m hopping between vehicles and the vehicle kept getting bigger,” Saleh tells Radio Milwaukee. “It was originally meant to be more of an artsy, casual, less engrossing story and more of a ‘visual component’ to the song. I wanted it to start on a scooter, then go through a car and pickup truck and hopefully, just maybe, end up on tractor… then I met this guy called Aaron out in rural Wisconsin and it all got out of hand.”