Joe Quinto trades rap for the ukulele on ‘Let It Go’

Joe Quinto trades rap for the ukulele on ‘Let It Go’ 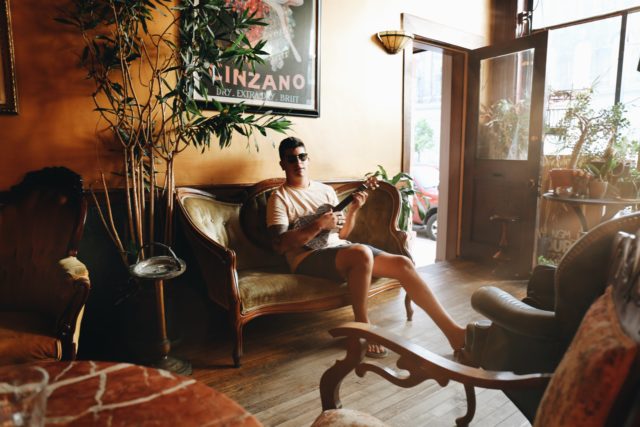 For today’s premiere, we’ve got a summer breeze of a track from rapper turned not-quite-rapper Joe Quinto. Stream and read about “Let It Go” below.

Joe Quinto has always been a hard artist to pigeonhole. He’s loosely presented himself as a rapper, but his sound often owed as much to alternative as it did hip-hop, overlapping heavily with acts like Scapegoat Wax, Bran Van 3000 and all the other artists that filled MTV2’s airwaves in the wake of the Beastie Boys’ “Hello Nasty,” maybe with a little Atmosphere and Asher Roth thrown in, too.

A decade into his career, Quinto is still coloring outside the lines. On “Let It Go,” he trades his usual toolbox of synthesizers and 808s for a ukulele and some bongos — an acoustic makeover that complements his laidback persona.

In the artist’s words

“Let It Go” is a song about acceptance of yourself and your situation as it is. It’s a glass-half-full hopeful letter to myself that I hope can attach itself to others and their lives. This record was the first song I ever wrote on the ukulele over four years ago so it’s super special that it’s finally making its way to people.

The record is being released as a two-pack called “Soltura” alongside its partner track “Run Away” on Friday!