Join The Grovelers for a night in Cream City

Join The Grovelers for a night in Cream City 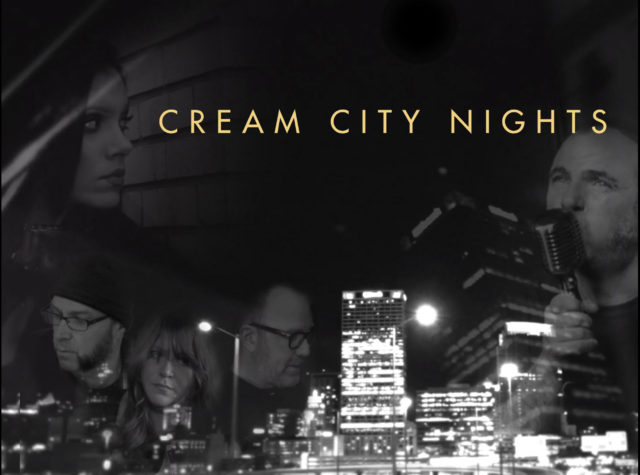 Milwaukee rock ‘n’ rollers The Grovelers are premiering a music video for title track “Cream City Nights” — shot in a gritty noir around the underground music scene of the city.

Director Mike Finch achieved the look with handheld black and white to “help show the kinetic nature of being out on the town.” The protagonist played by reality TV personality Kat Flores (Oxygen network’s “Bad Girls Club”) with plenty of attitude as she searches the “cream city” for a good time and a mysterious jukebox.

The band wanted a positive ending and director Finch says, “The wandering femme fatale would find the jukebox, but also her tribe, her people, after so many misses along the way.”

The band will be performing as well as screening the video this Saturday, Jan. 11 at the Pabst Milwaukee Brewery & Taproom

Watch the digital premiere of “Cream City Nights” by The Grovelers below:

Cream City Nights – The Grovelers from Mike Finch on Vimeo