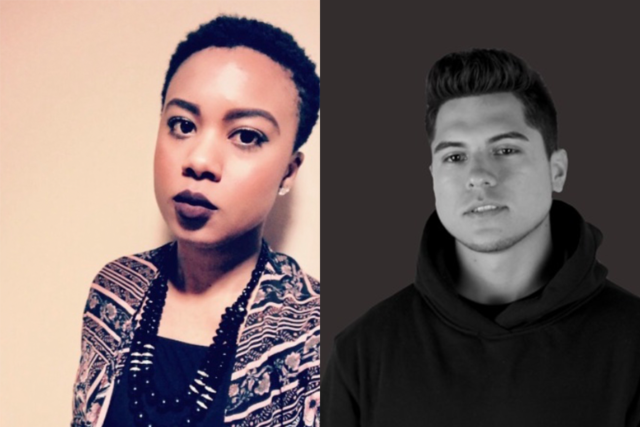 For today’s premiere, we’ve got a club-ready track with an uplifting outlook from the singer/producer combo Kendel Bell and HLYWOOD. You can stream ‘I’m a Mess’ below.

Kenosha-based house and hip-hop producer HLYWOOD finds inspiration in unlikely places. A fixture of the local club scene and venues like Site 1A and the Miramar Theatre, he logged nearly 60,000 YouTube streams with his EDM remix last year of a viral video of a kid yodeling in Walmart. His latest track, though, shows what he’s capable of when he’s working with a much more alluring accompanist: Milwaukee-area singer Kendel Bell.

“I’m A Mess” sprints out the gate, with a posh house groove that builds to a truly titanic drop. Bell keeps pace with the escalating BPMs, her crystalline voice cutting through HLYWOOD’s quaking synths.

Unlike the hit Bebe Rexha song of the same name, whose lyrics steer into self-hating territory, this one spins a positive message out of the title sentiment. Bell sings in self-affirmations, refusing to be defined by her imperfections. “Heart full of good intent but all my energy is spent on thing I’m trying to prevent,” she sings. “I’m not a saint and I’m nowhere even close, but it’s beautiful to know the path I choose is my own.”

I wanted to explore my creative talents in a new way. I had the privilege of meeting an A&R rep for Atlantic Records while in Philadelphia during summer ’18. She told me to send her my music when I decided to record. That lit a fire under me and encouraged me to start my musical journey.

“I’m A Mess” started as an original R&B song called “Who I Am” written and recorded by me and produced by local rapper AWillThaGreat.

I posted a small clip of the song on Instagram. HLYWOOD (Kai Tellez) was at work at a car dealership and overheard the clip through a mutual friend who was scrolling. He was so impressed, that he messaged me and asked for permission to mix the song and create a new beat for it. I sent the vocals over, and a new collaborative creation was born. It became a favorite for both of us and we’re so proud of what we made!