Klassik searches for peace and wellness on ‘QUIET’

Klassik searches for peace and wellness on ‘QUIET’ 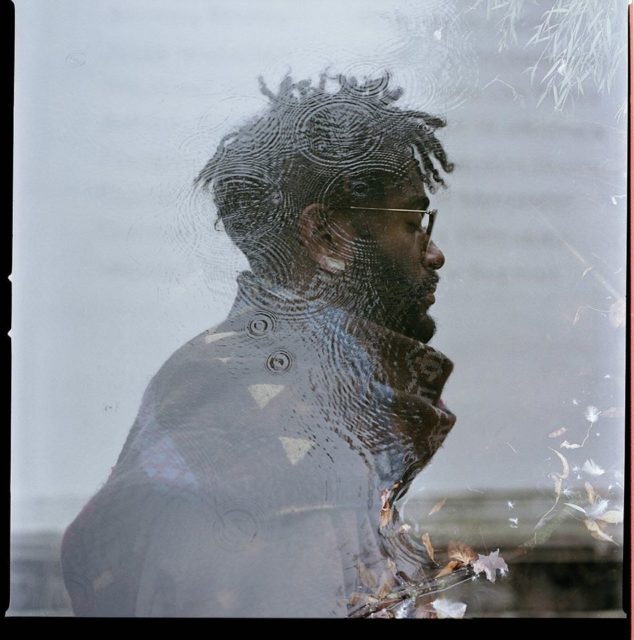 Klassik has always been less a rapper than a musician who happens to rap, but the Milwaukee artist’s new record “QUIET” is even less bound to hip-hop than usual. Seeped in soul, jazz and house music, the album is a celebration of creature comforts and a study of wellness and recovery, but an air of trauma hangs over these songs. “I’ve seen some things, some things that cannot be erased,” Klassik raps on “ACTIVE.” The record was pointedly released on Nov. 22, the 19th anniversary of his father’s murder.

The record’s themes are heavy, but the music is posh and silky, almost calming. A cast of guest Milwaukee artists assist him in that late-night mood setting, including Marielle Allschwang, who duets on “P&Q”; SistaStrings, who lend strings and vocals to “Lone Ranger” and “Spirit;” Johanna Rose, whose upright bass grounds a pair of tracks, and Nelson Devereaux, whose rangy horn arrangements saturate “Goals” and “Serenity.” “I was afforded a wealth of giving, talented friends who gave their talents because they trusted me,” Klassik explainss. “The guests selected me just as much as I selected them.”

We spoke with Klassik about the album’s long genesis and how his time in the Backline program shaped its rollout. Stream the album and read the interview below.

Even more than your previous releases, hip-hop often takes a backseat to soul and jazz on this album. How has your relationship with rap changed since you started releasing music?

I think that my relationship to rap is as strong, if not stronger than ever. If anything, I think my respect and care for the art of putting words together has intensified, and I’m using my gift for that art more selectively, with more intent. Intent is a driving theme of this album, and it was always my intent to create just as much space as I created sound and noise, and used words sparingly to convey the moods and feelings throughout the album. I think the fact that you hear me rapping less is because it’s coming full circle to my jazz musician/producer origins, and balancing all of those roles harmoniously to create this album. There are a lot of layers to the verses that are there, and most songs for me felt finished and that I said what I needed with one verse. A lot of one verse songs, so a lot in a little, working toward the impeccability of my words, and the impact they have when used intelligently and poetically. “Do I need to say this? Do I need to say it this way? Can I say it differently without losing its impact?” I think of rap as another tool in my growing arsenal, and I think that even since my first release almost a decade ago, I always had a few tools, from producing to singing to rapping. Now they’re all just maybe a little more defined and apparent.

You titled the album “QUIET” and sing quite a bit about tranquility on these songs. David Byrne has written a bit about quiet and how difficult it is to find at a time when we’re surrounded by noise, but I always found his interest in quiet a little ironic, since as a musician it’s his job to make some of that noise. What does quiet mean to you?

Quiet isn’t the absence of noise, but rather the absence of undesirable, disruptive, or in the case of the album, ignorant and boisterous distractions. The album is inspired by the sounds of nature in one of our county parks. I was with a group of friends hanging out by the river, and then at this mysterious moment, everyone just stopped talking. We were at the riverbank and you could just hear the water, being almost still. It was this eerie sensation for me; it felt important. That next morning, I woke up with the word “quiet” on the tip of my tongue. The sound of the wind in the leaves, the sound of the barely-moving water, I knew then almost four years ago that I wanted to replicate those sounds. That was quiet to me, and it felt peaceful. Peace and quiet are very synonymous for me, and you hear that throughout the album. It’s that intention that keeps it from being “extra” or “noise” per se; I believe that things done intentionally make much more of an impact with far less fanfare and noise. Forces and features of nature have existed and will exist for centuries more, and they just are, so quietly. That’s powerful to me.

You released this record on the anniversary of your father’s death. Was that loss on your mind when you were writing these songs?

Not consciously, but his spirit and my memories of him, and the realities of my life without him, are ever present. What happens quite often in my life, actually, is that things kind of happen, and then their meaning is revealed and deepened. I chose the title “quiet” for the album, and then I went through a lot of difficult personal things that were very “noisy,” so to speak. The need for quiet and peace in my life became dire, and the songs were written throughout the process of my struggles, mentally and emotionally – a lot going on. This album was me defining what my peace was by first confronting that which was not. The pain of trauma is what I learned to be the cause of a lot of the “noise” (depression, substance/alcohol abuse, stress) that I had allowed into my life. Thanks to an amazing support system of friends and family, I found the courage to cut through and get some peace and quiet, and be able to settle back into my creative self. Again, I think there is so much power in quiet – makes me think of the quickness of Bruce Lee; how much force and precision he moved with. I work to make sounds with that amount of precision and intent, while making it as pretty as possible. What I lost in losing my father is so far beyond the physical sense… it’s scary. Those fears formed behaviors which formed habits. I had to break them to make this album.

How did your experience in Backline shape this project?

My biggest takeaways were reaffirmation in my unique creative identity, the importance of having a strategy and a plan, always, and through Backline Vision, the importance of making sure we are mentally and emotionally well. In what essentially functions as group therapy, you get to bond with these other individuals, and a lot of them I knew of, but then you learn what makes them tick and what grinds their gears and what they are afraid of – then you realize you have so much in common. Being able to empathize with the stress and pressures of being a creative in this day and age was extremely beneficial. Like anyone else, it’s good to feel you’re not alone, that you’re not crazy, and that it all means something. Hope.

You’ve seen a huge boost in your streams over the last few months. I know there are no shortcuts in this industry, but how were you able to grow your audience so quickly?

Instead of pursuing traditional PR routes, which, pulling back Oz’s curtain, are expensive and somewhat archaic, working with Mag from Backline, we tried a different strategy focusing on getting placements in this playlist culture that is ever-growing. I didn’t have much of a digital footprint, so we worked on putting out singles consistently (my first two official streaming release “Long Ago” and “Home” are standalones, build-up singles) to essentially get more visibility, and kind of punch the stupid algorithm so it’s like “Hey, oh, here’s a thing, I guess let’s put it on Discover Weekly.” It worked and people started listening and the numbers grew.

There is still work to do, but for me, what’s most important is making the art that I believe in, and always remembering to never get too caught up in numbers. I don’t think that’s for the artist. There is nothing creative in art motivated by numbers. As long as we the creatives only view it as a resume, and give it only that power, we can take some of the power back that the current “quantity-over-quality” model has diminished. I want to run up the numbers only because that’s what it takes now to get people to listen. I’m still doing it my way, and it’s been slow and steady so far, which at this point I know I much more prefer than quick and short-lived, so I’m trusting myself it feels like, finally. I think what comes after this is really going to be most telling, and that’s what I’m looking forward to.