You Should Know: MKE Edition with The Fatty Acids

You Should Know: MKE Edition with The Fatty Acids 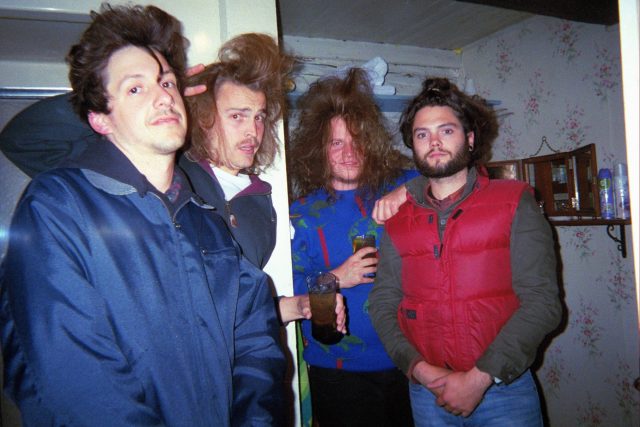 Josh Evert and The Fatty Acids return from a four-year break in recording to release “Dogs of Entertainment” this Friday at Anodyne Walker’s Point Roastery.

We spoke with Evert recently about growing up with music, liver and onions, Weird Al, and more.

5 questions with The Fatty Acids

1. How did you get started playing music?

I was thrown into it as a child. My parents had me take piano lessons. I hated it. I quit when I was 15 or 16. I did recitals in middle school, did Solo & Ensemble and all that jazz. So stressful, it’s an immense amount of pressure for a kid that age.

Do you remember when you started writing music of your own?

Yes, I do remember that. Some of my very first childhood memories are messing around with tape recorders. I’ve always been inherently obsessed with recording. I would make tapes of me as different Star Wars characters when I was a kid. At some point, my brother and I had a 90’s Yamaha synthesizer and you could do multi-track recording on it. My brother showed me how to do that. That was a game changer. At some point digital recording was introduced. Some of my very first music projects were with a friend who quote unquote “rapped.” Very early middle school years; I would do beats on this 90’s Yamaha and he would rap over it.

I was always drawn to pianists I thought were cool; I learned a lot of Ben Folds songs. I tried learning some Elton John, that didn’t go well, he’s too good.

When you talk to people that have made music here for decades, they seem to agree with the sentiment that this is the strongest it’s ever been.

2. Do you remember the first album you ever bought?

The first tape that was bought for me that I requested was the soundtrack to Free Willy. I wanted it for the Michael Jackson song, “Will You Be There.” The first thing I bought on my own was probably Weird Al.

And then you went on to open for him! What was that like?

Um, not too good. When we opened for The Flaming Lips, the band went out of their way to talk to us. Wayne Coyne hung out in our dressing room, making fun of our sweatpants… Weird Al was 100% not around. He was evading all fans.

They kicked us out during his performance so it was a bummer, but what are you gonna do? I will say, he probably has the weirdest hardcore fans ever. I don’t really blame him for not wanting to be around them. 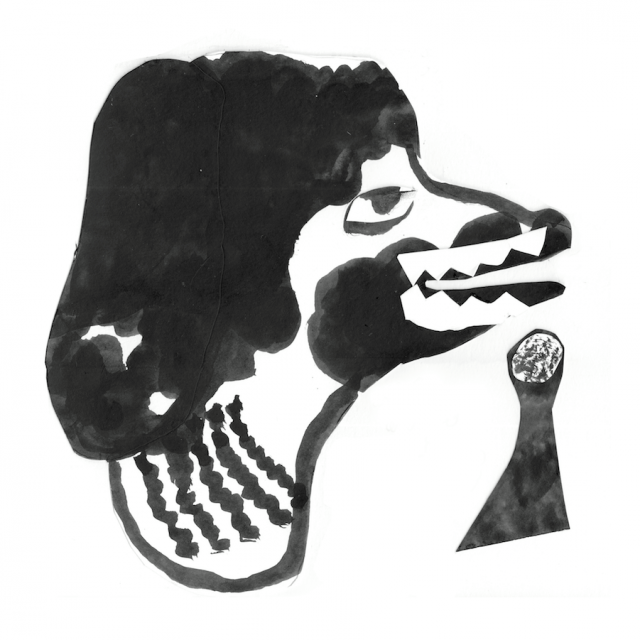 3. What do you think of the Milwaukee music scene?

It’s definitely at the most exciting place that I’ve witnessed. When you talk to people that have made music here for decades, they seem to agree with the sentiment that this is the strongest it’s ever been. It’s exciting right now. Everyone is excited except nationally. We would be more respected if there were a couple names out there. I think everyone is waiting and hoping a few Milwaukee artists will blow up.

Do you believe in the “Milwaukee Glass Ceiling?”

It’s hard not to. On any given day, a lot of the music I listen to is local music. It’s not because I “will only listen locally,” it’s actually good enough to be something I want to listen to, all the time.

The full length Lord Fred33 album is constantly in my tape player. New Sat Nite Duets is amazing, the NO/NO record is amazing… these are artists that easily could be getting national attention and I’m not sure why they’re not. I think it’s hard not to think there’s a glass ceiling of some sort.

4. What would people be surprised to learn about you?

My favorite food when I was a kid was liver and onions. I haven’t had it in a long time. I can’t explain it and it’s the weirdest shit. My mom would make it. With the fried onions and the bacon… ah… It was perfect. But it’s every kid’s least favorite food. It was my favorite, I don’t know why. Maybe it’s that subconscious need to always be weird that drove me towards it.

5. What’s next for The Fatty Acids?

Well, we have our new record “Dogs of Entertainment” coming out and that’s our main focus right now. Trying to have a good portfolio to go with that. We’re focusing on a music video or two. We got our vinyl in the mail and we have two release shows. One is at Anodyne, one is at Linneman’s and we’re focusing on that.

We have our friend Kristina Rolander doing some set design and we have Wes Tank on the visuals. Hopefully we’ll have a couple guest musicians involved. That’s our focus right now. Beyond that, we will see.

Where to see The Fatty Acids

Listen to the track “Strangers” from the upcoming album “Dogs of Entertainment” below: