You Should Know Midnight Reruns

You Should Know Midnight Reruns 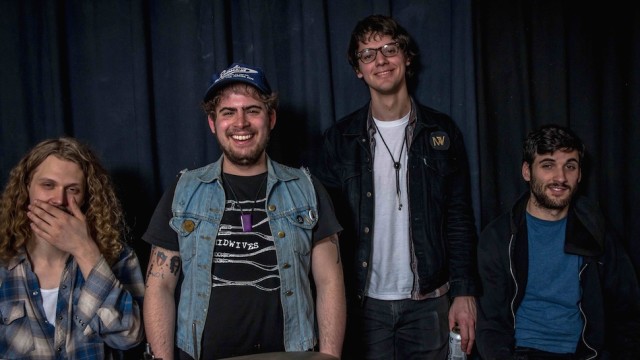 Milwaukee’s Midnight Reruns have perfected power-pop with a slacker grit with plenty of classic rock riffs in the vein of Thin Lizzy. The lyrics read like an anxiety-riddled 20-something’s inner monologue in perfect detail. Singer-guitarist Graham Hunt talked with Radio Milwaukee about playing in bands in high school, having your musical hero produce your record, and the community and identity that music provides.

1. Hi, Graham. What are your current musical projects?

Midnight Reruns has a new album. Midwives is putting out a new album, as well. I’m playing bass for Steve Strupp from Sat. Nite Duets who’s making a solo record. Alisa Rodriguez who performs as Apollo Vermouth, are working on a Brit-pop thing, we’ve been jamming.

2. When did you start playing in bands?

Midnight Reruns has been a band for about six years now. Me and Sam [Reitman] have been in bands together since we were 12 years old, we were still teenagers when we started. Me, Sam and Peter, who used to be in Midnight Reruns, were in a band called Sleazy Beats. Me and Sam were in a punk band called The Stilettos before that in high school. 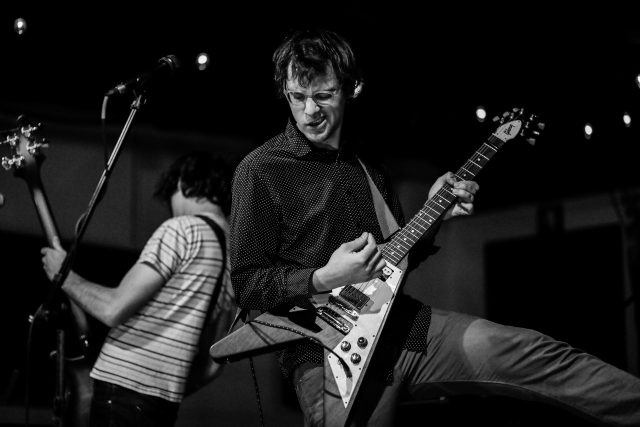 Did you play guitar before those bands?

I started playing bass first. It was less strings and I thought it would be easier. I was jamming with kids from my school, but in middle school it’s hard to find a drummer who is actually good. That didn’t exist in my school.

I went to a basketball tournament by Guitar Center in Brookfield and my dad took me there between games. Sam’s dad was working there and he heard me playing bass and said, “You’re pretty good. My son is about your age and plays drums.” He gave me his number and then my parents were driving me to the north side every weekend for the next eight years.

It’s crazy when you’re a kid and discover something on your own. It means so much to you when it’s your own little world you can retreat to, but it also isolates you.

3. Do you remember the first album you bought?

The first one I very distinctly remember buying, was The Replacements. My dad told me he’d seen them back in the day and thought I would like it. I walked to Borders, because it was pretty close to our house. I bought, “Sorry Ma I Forgot to Take Out the Trash” because I thought the cover looked cool.

We had this thing in music class where we had to bring in our favorite song, write a blurb about it and then present it to the class. I played “I Hate Music,” a Replacements song from that CD. Pretty punk. [laughs]

It’s crazy when you’re a kid and discover something on your own. It means so much to you when it’s your own little world you can retreat to, but it also isolates you, too, because no one else is into it. Everyone else thinks you’re super weird. I definitely had that with music in general in school, that’s why it was cool meeting Sam; someone who was more on my level.

With the Internet now, there are so many niche communities you would never feel like that again, probably.

But that’s cool though, right? It’s sad because of that strange comfort of it just being you, “this speaks to me and nobody else.” I guess that feeling doesn’t exist as much because of the Internet. But that sucks at the same time, having nobody to share it with. Now, you go on the Internet and you can find a forum where a hundred other people like exactly what you like. So you never feel like you’re weird or lonely.

Even for me. I was born in ’91. Right when I was getting into music and discovering bands right when we started getting faster Internet.

4. Do you believe in the Milwaukee “glass ceiling?”

It’s one of those weird life things. I played in Trapper Schoepp and the Shades. I quit that band, but still knew their manager at the time, who also manages Tommy Stinson. He showed Tommy our first record right around the time he was building his studio and looking for bands to record there. He said, “this band is cool. Get ‘em out here to record with me.” And we said, “fuck yeah, we’ll do that.”

Stream the new single “Scorpion” from “Spectator Sports” below: