You Should Know Milwaukee band Whips

You Should Know Milwaukee band Whips 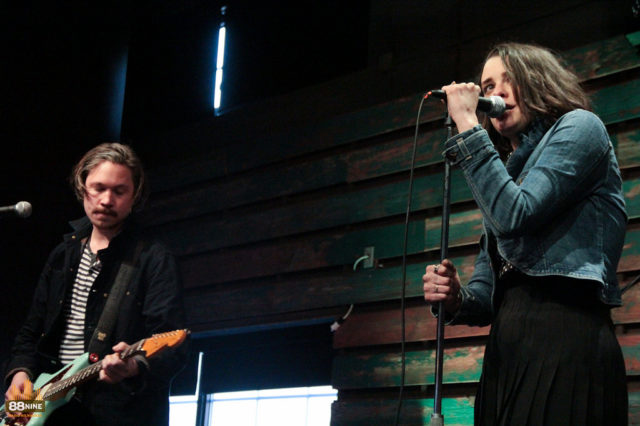 Radio Milwaukee had a chat with Ashley Smith, front-woman for rising rock act, Whips. The band had a full summer of festivals and block parties around the city, but they are ready to buckle down in their new studio to write their next ripper.

Read the interview with Whips, below:

1. When did you get started in music?

I sang in church and I was in choir in school. My mom was the worship leader, so I always sang with my mom at church and then choir in middle school. I did a “battle of the bands” in high school. Our band was called The Uncrustables, which is the best band name ever.

I was in a band with some high school friends for a hot minute and then Chris [Hansen] asked me to join Red Knife Lottery. We were in that for…six years? Seven years? A long time. We took a break for a while and he had started Hot Coffin. About four years ago he asked me to join him and Andy to write some stuff. He asked Tyler and that’s how Whips formed.

2. What do you think of the Milwaukee music scene right now?

It’s amazing. There is so much amazing music, it’s insane. I don’t really get out that much anymore, or as much as I’d like to, but every time we go out to play a set I get to see a bunch of bands and artists that I’ve never seen before. I listen to a lot of Milwaukee music in my free time but getting to see shows is such a different thing. The energy and the vibes at the WebsterX and Lex Allen show at Summer Soulstice…I was just blown away by that. It was amazing.

How do you describe Milwaukee – musically, culturally, or in general – to people that don’t live here?

I think Milwaukee is a city that just keeps getting better. It had a lot of real issues to cope with but I feel like creatively, it just keeps building and growing in the best ways possible. Everybody’s kind of joining in and there really is a sense of community in music right now.

I think so, too. Has Whips done much touring?

(Laughing) No we don’t get out of town. It’s hard with the business and with our lives. We’re getting older and we all have other things going on outside of music. At this point we’re kind of slowing down off of these shows and we just got a new practice space so we’re excited to get in a different mindset in this new environment. The fun stuff for us is writing and being creative. Playing shows is always fun, but after a summer of playing a ton, we’re definitely ready to relax and let some of that energy come out. 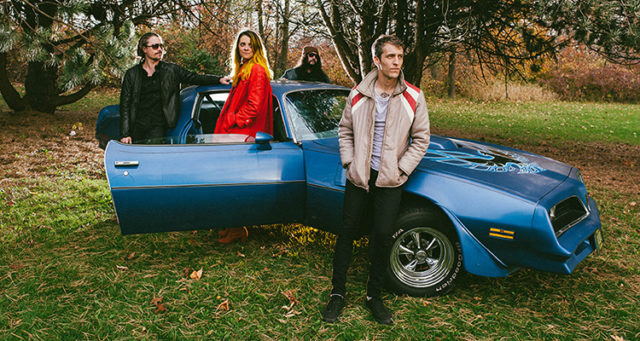 My day job is a hustler (laughing). I own a shop called Alive and Fine Vintage that I opened about seven months ago so that’s taken up a lot of my free time as far as going out to see live music but it’s been awesome. It’s a super fun, new avenue to meet new people and connect. I’ve connected with a lot of visual artists through Alive and Fine so that’s another avenue that’s exciting to me.

The fun stuff for us is writing and being creative. Playing shows is always fun, but after a summer of playing a ton, we’re definitely ready to relax and let some of that energy come out.

4. What was the first record you remember buying for yourself?

Oh man, like kid stuff? It was the Mariah Carey Christmas album.

That’s such a classic.

There weren’t a lot of options in Pennsylvania at the time.

I didn’t even ask where you grew up! I didn’t know you weren’t from around here.

I’m from Missouri. I lived in a suburb of Kansas City until I was ten and then we moved to a super, super, tiny town in Pennsylvania until I was about 14. The tail end of eighth grade was spent in a suburb of Milwaukee in Sussex and I went to Sussex Hamilton High School. My parents moved back to Missouri about ten years ago, so I’m the only weirdo that lives in Wisconsin.

My dad was a minister and so he was in a church in Missouri and decided to move on to a different spot in Pennsylvania and then was a minister here. He quit preaching a few years back and went back home. My grandparents own a business, a tree farm, so my dad went to help out the family.

I feel like the only trips I take are to see family, which is hard. My husband’s parents actually live 30 minutes from where I went to middle school which is the most random, weird thing. Whenever I go see his parents, I’ll drive through my adolescence and it’s really strange.

Mostly just writing and hopefully playing shows here and there, but not overplaying like we did this past summer.

Is there anything you’d like to say to the people of Milwaukee?