You Should Know Milwaukee’s Abby Jeanne

You Should Know Milwaukee’s Abby Jeanne 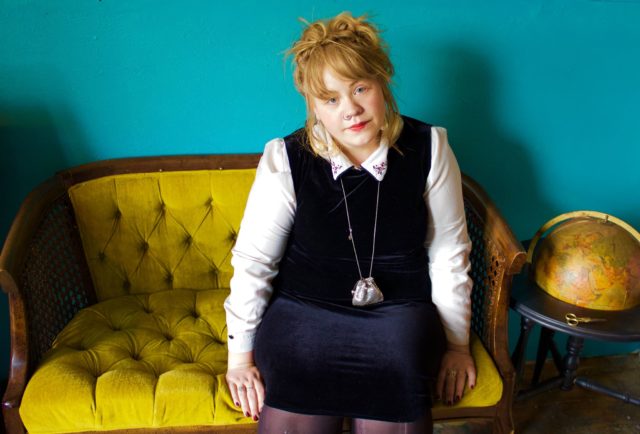 Milwaukee’s Abby Jeanne has come full circle. Growing up in Milwaukee, living around the world and back again, she has a renewed love for Milwaukee music and the talent surrounding her here. Read an interview with Abby Jeanne before she takes the stage at the 88Nine Block Party!

1. You write your songs, you play instruments, and you produce. What was the first thing that you did and how did you get started with songwriting?

I’ve always been songwriting, since I was a tween. My first official project where I actually released something in the world was called EdenAbby, which was in 2011 with LeAnna Eden who I met here in Milwaukee. In fall of 2011 we decided to go on tour for the first time. 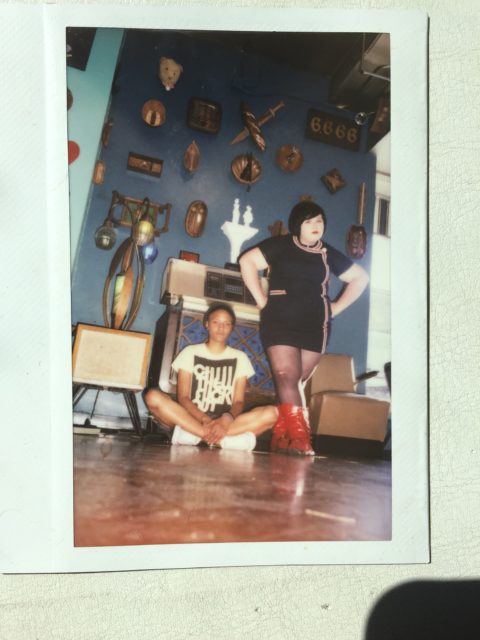 EdenAbby was the first official thing that I ever recorded, a little EP. When we were on tour, my friend LeAnna who I was making music with fell in love with somebody on the road and chose love over music. They were madly in love and she said, “this is all I want” and totally went for it. So, I ended up just playing and writing after that by myself and living in my minivan for the next year.

My friend Jeremy gave me a minivan and I found these old 1970s light carpet patches from the thrift store. They were bright orange shag carpet squares and I stapled them to the ceiling and then we put a futon in the back and painted the whole minivan and made curtains for it with some trippy vintage fabric.

2. What do you think of the Milwaukee music scene? Did you grow up here?

I did. I grew up here but I left when I was 16 and I moved to Georgia. I ended up coming back to Milwaukee because something really tragic happened in my family. That’s when I met LeAnna, and then I left again. Ever since I had been living on the road and I lived in Europe for a while. I moved there with like a thousand bucks. After that I lived in my minivan. It’s been pretty crazy.

Where did you go in Europe?

I went everywhere. I started in the U.K. and visited a friend of mine. I did a foreign exchange program when I was younger with Skylight Opera Theater because I went to the Milwaukee High School of the Arts, so I was fortunate enough to make friends there. My host brother is actually a producer now in the U.K. and went to the Paul McCartney music school in Liverpool. It’s really funny because we used to joke like, “What are we going to do as adults?” and I’m like, “Hey check it out we’re doing it.” I visited him in Ireland, booked it over to France and then Italy and Spain.

I hopped trains and got jobs at hostels. I would play my music in the streets of whatever city I was in. Europe is so cool because they are so much more open there. Especially in bigger cities, you can just go out in Italy and Spain, even in the Benelux area in Belgium, people just gravitate towards you. Then all of a sudden there’s a group of 10 musicians who hear you play and they come and they bring their instruments. I met so many beautiful people.

We have so much talent [in Milwaukee] that it's normal to our ears but at least from my experience of travel, it's not that normal to have fifty really good bands over the top amazing, incredible.

3. You’ve been around the world, how does Milwaukee compare to other music scenes?

I think Milwaukee is full of talent. Sometimes I even feel Milwaukee is jaded on it’s own talent. We have so much talent here that it’s normal to our ears but at least from my experience of travel, it’s not that normal to have fifty really good bands over the top amazing, incredible. I really think there’s something special about Milwaukee, especially the artistic talent that we have here. I feel it’s always been a secret in a weird way, even when I was a kid. I went to art schools my whole life, so I was surrounded by it. It wasn’t until I left, when I was like, “Oh my gosh I’m so lucky to have these things around me.” I love it here. My perspective has always been that Milwaukee is my hometown, but I will forever be moving. I will forever be traveling and expanding beyond the city.

I don’t. I don’t make a lot of money off of music, but I do make enough to get by and aside from making music, there are a lot of little things that I do to make money. I also own a house here in Milwaukee. When I came back from Europe I actually made more money than I ended up going there with, because I was finding jobs at hostels and where I was traveling was very cheap so I wasn’t really paying for anything.

My mom had lost her home, so we bought a foreclosed home together. It’s a duplex. It was a total piece of crap when we bought it and she said, “Here’s the deal. You don’t’ have to work, I will buy you food and you can survive if you rebuild this house.” So, we had a foundation and I got some of my friends together and my uncle who is very helpful. He did some contract work back in the day. I learned how to redo floors, put up drywall and everything in between. It’s amazing what you can figure out how to do because of the Internet. YouTube is pretty great!

Craftiness runs in my family, my grandpa used to run a theater and would build all the sets and my mom has always done remodeling and other projects. It’s always been in our family. It’s definitely shaped my character. The only thing is to just do it right!

What was the transition like from just you and LeAnna to having a full band of people with their own ideas?

It was really great and smooth. Part of the reason I didn’t try to start a band right off the bat when I moved back here is because I’m an extremely picky person and you don’t want to throw your song to some random people and say, “OK now we’re going to play.” Having a band, to me, is a very sacred thing. It feels like family to me and I’m just so grateful. I can’t even tell you how grateful I am for the guys in my group because they are dedicated to enhancing my vision as an artist and they respect me as a leader and as a writer.

You can see Abby Jeanne perform at the 88Nine Block Party on Saturday, June 24