You Should Know Platinum Boys

You Should Know Platinum Boys 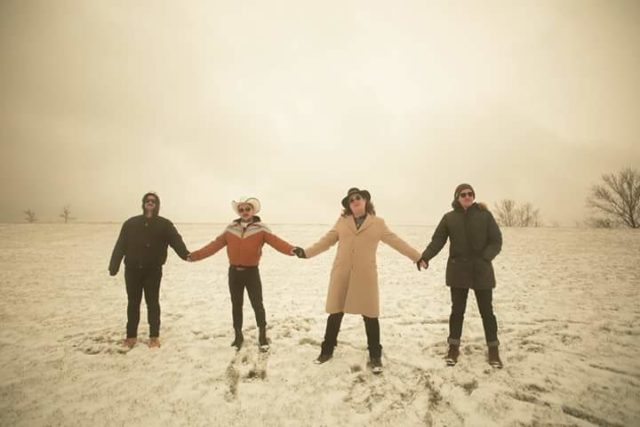 You can see Platinum Boys perform alongside Juiceboxxx at Cactus Club on Tuesday, March 20 at 9PM

1. How did you get started in music?

It was kind of by default, actually. Two of my best friends growing up both played music. One played guitar, the other played drums. I wasn’t going to just sit and watch them, so my mother was kind enough to purchase a bass guitar for me. I just taught myself and that’s how it started… the beginning of the end. We were doing covers, the standard three chord punk songs. Maybe within a half a year, we started writing our own songs. They weren’t great.

Did you grow up in Milwaukee, how has the scene been for you?

I grew up in the Fox Valley and moved here in 2006. I was 18 when I came here and immediately I was excited. There is a lot more going on here than there was at home. I started going to shows at The Vault. I met Eric Schultz there and he gave me the run down on how stuff works, the ethics of it all. It’s great, I love it. I’ve met so many cool people in so many good bands living in Milwaukee. It’s been enjoyable.

We had a chat with “Joey Bon Joey” of Platinum Boys and Rio Turbo between two international tours.

Platinum Boys released the EP “We Don’t Dance (Anymore)” earlier this year. The band started over a shared love for rock n’ roll, the Packers and partying and the party goes on.

Read the interview with Platinum Boys’ Joey Bon Joey below:

2. How did Platinum Boys come into existence?

I met KC, he moved back to Milwaukee from Chicago for school. We had a bunch of mutual friends. We met and really hit it off, we were into the same stuff: rock n’ roll, the Packers and partying. He told me he played guitar. Catacombz was just ending and I wanted to do something fun. KC and I talked about it and asked Matt [Pappas] to join. At the time I was booking shows at Quarters and so was Aaron [Skufca]—that’s how I met him. We just did it for good times and we’re still having good times.

3. How did people take to your sound in Europe?

We had a very positive response. In general, their excitement was different than touring here in the states. Oftentimes we were too loud and we would get scolded for that, which is funny because in Milwaukee we’re probably in the middle of the pack as far as volume goes. We’re not really a loud band per-se.

People would plug their ears and the club owner or sound guy would get upset with us. We would turn down a little bit, but then it wouldn’t sound good, so we’d turn it back up. It was this little dance. We didn’t want to be rude, but we wanted to do what we gotta do.

I’m a big fan of Elvis Presley, Roy Orbison, and I’m also a big fan of party music. In my head I’m like, 'let’s put that together!'

4. You have a tour in Japan coming up with your other project Rio Turbo, do you expect that to be a lot different?

I think it’s going to be a lot different. When we were in Europe, I knew a little bit of German and I was able to pronounce words. In Japan, the culture is obviously very different. It’s going to be harder communicating with people. I’m looking forward to it: the challenge and excitement of being outside my comfort zone and experiencing the culture with fresh eyes and fresh heart.

Could you describe Rio Turbo?

Rio Turbo started around 2008, out of necessity at first. I started booking shows and I couldn’t find local support sometimes. I always wanted to do something I would have more creative control over. I’m a big fan of Elvis Presley, Roy Orbison and I’m also a big fan of party music. In my head I’m like, “Let’s put that together?” I asked some friends of mine if they would be interested in performing with me and I was lucky enough that people were willing to stand on stage while I make a fool of myself.

5. You recently released a three-song Platinum Boys EP, “We Don’t Dance” – What’s next for you, for Platinum Boys, for Rio Turbo?

We released that right before we went on tour. We recorded the songs at Silver City with Josh Evert. We wanted to get them out and see how it felt, have something new out before we headed out on tour.

Platinum Boys is my main focus at the moment, as far as activity goes. We already started writing the third record. Once I get back from the Rio Turbo tour, we’re going to continue writing that, record that, and keep touring.