Lakeyah Danaee could be Milwaukee’s biggest rap star ever

Lakeyah Danaee could be Milwaukee’s biggest rap star ever 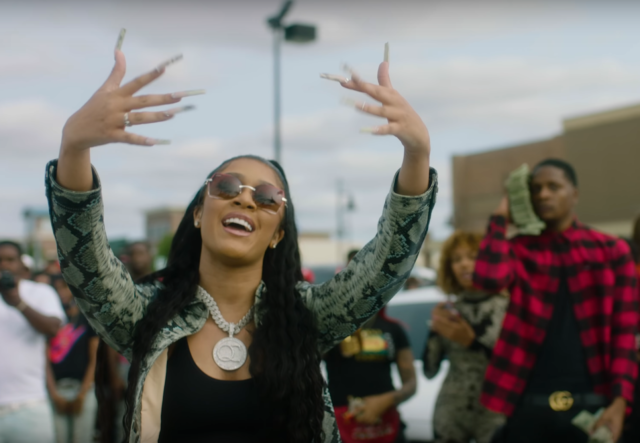 Lakeyah Danaee was not expecting Milwaukee to show up for her. “For a while it felt like I had fans and supporters everywhere but Milwaukee,” says the 19-year-old rapper and singer, who over the last several years has built a formidable following on Instagram: 360,000 followers and counting — and, no, she didn’t pay for them. Danaee grew that following largely through a series of viral videos and freestyles, one of which ultimately landed on the right ears: Pierre “Pee” Thomas, CEO of the Atlanta label Quality Control, who heard her “First Day Out” freestyle last year and was so impressed he offered her a deal.

It’s hard to overstate the magnitude of that signing: Quality Control is one of the most influential and prestigious rap labels in the world, home to Migos, City Girls, Lil Yachty and rap’s reigning superstar, Lil Baby. For nearly two decades Milwaukee’s rap scene struggled for any sort of national attention, and now one of its own is living out a Cinderella story. Lil Baby praises her out on Instagram, and Lil Yachty calls her all the time to chat and share advice. “It’s crazy,” Danaee beams. “I’ve got celebrities in my contacts.”

That breakthrough has changed her relationship with the city. Danaee moved to Atlanta last fall, but in some ways she feels closer to Milwaukee than when she lived here full time. When the time came to record her debut single for Quality Control, she wanted it to reflect where it came from. “In Milwaukee, we have our own sound and our own culture,” she says. “I just wanted to shine a light on my city.”

That’s what makes her Quality Control debut “Big FlexHER,” featuring Detroit star 42 Dugg, so unprecedented: It’s a major label single that looks, sounds and feels like Milwaukee. From the thick bass to Danaee’s silver-tongued shit talk, the track is a quintessential Milwaukee slapper.

Released a little over a week ago and already nearing a million streams, the video was filmed in Milwaukee, too. It opens with establishing shots of the Hoan Bridge and Milwaukee Art Museum, then follows Danaee as she performs for crowds downtown and around the Milwaukee Bucks arena.

Danaee says she was genuinely moved by how the city turned out for the video, which is dotted with cameos from Milwaukee artists. Lil Chicken does one of his dances; Jigg makes an appearance, too, as he does in seemingly every Milwaukee rap video. The MT Twins are there somewhere in the background if you look for them. And for the first time, Danaee says she felt like the city truly had her back.

“I wasn’t expecting people to support me like that, but it just felt good representing my city,” she says. “Too often when I say I’m from Milwaukee, people are like ‘Where’s that?’ Or I’ll share the video on Twitter and they’ll say, ‘There are Black people in Milwaukee?’ Like, of course there are Black people in Milwaukee, but too many people don’t know about the city. I wanted people to see the culture.”

“Big FlexHER” isn’t necessarily a preview of things to come. Danaee has never limited herself to Milwaukee’s preferred style of regional rap — or, for that matter, to rap; many of her early tracks were R&B — so her upcoming mixtape will almost certainly cast a wider stylistic net than “Big FlexHER” does. But she says it was important that she pay homage to her city and let listeners understand her roots.

“I’ve watched the video 100 times or more, and I’m so proud of it,” she says. “The things we wanted to capture really came through.”