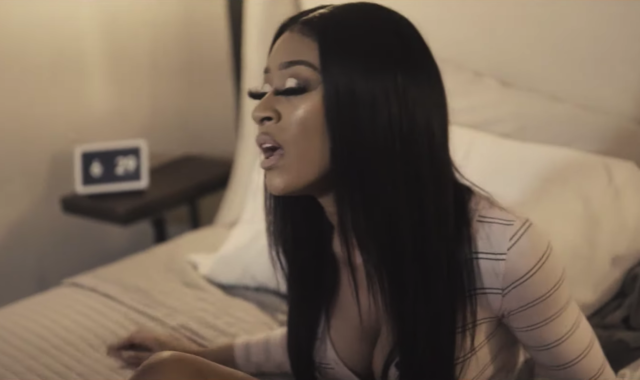 There aren’t any magic shortcuts in the music industry. For most artists in 2019, finding an audience requires persistence, elbow grease and, perhaps most importantly, delivering a constant stream of new content.

That’s been the formula that’s worked for Milwaukee R&B singer and rapper Lakeyah Danaee. She’s built a large following on YouTube, garnering hundreds of thousands of streams over the last couple of years with remixes she’s dubbed “Keymixes,” intimate new versions of songs by artists like SZA, Ella and T-Pain. She even released a whole album of them last year.

Danaee’s latest video, though, is all her own. This week the singer released a new Phat Phat Production-directed video for her smoldering slow jam “Don’t Go,” an impassioned plea for a relationship in crisis.

You can stream the emotional video below. And, true to character, Danaee has also released another one of her Keymixes. You can find her remix of Chris Brown’s “Don’t Judge Me” on YouTube.