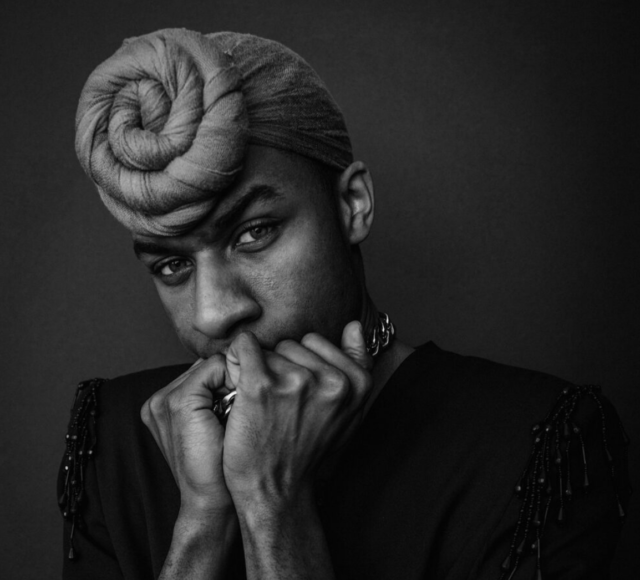 For this week’s premiere, we’re excited to share “Shine,” a Lex Allen collaboration from the artist collective VUCA’s forthcoming concept album “The Geometry of Lies.” Also featuring singers Barbara Stephan and Worldwide DG, “Shine” is a sweeping, cinematic track that tells the story of a posthumous reunion between mother and child.

You can stream and read about the track below.

Lex Allen is performing “Shine,” the second single to be released on VUCA’s upcoming concept album, “The Geometry of Lies.” On “Shine,” Lex Allen plays the role of Jackie, the character at the heart of the concept album, whose unbreakable heart puts the narrative into motion. In “Shine,” Jackie (they/them) wakes to find that they are dead. With this newfound clarity, Jackie is honoring the light within each of us and signaling what truly matters.

In the song, Jackie reunites with their mother, sung by Barbara Stephan, as well as Sam, performed by Worldwide DG. The trio coalesce in the chorus of “Shine,” welcoming Jackie into the light. In a recent interview, Lex shared that they can’t listen to this song without crying. “I’m not going to lie. It’s so personal.”

To support each song, the art collective, VUCA, and is releasing a companion piece of short fiction. To learn more about this project visit inthevuca.com.