Lex Allen’s ‘Let Go’ video is a celebration of Milwaukee

Lex Allen’s ‘Let Go’ video is a celebration of Milwaukee 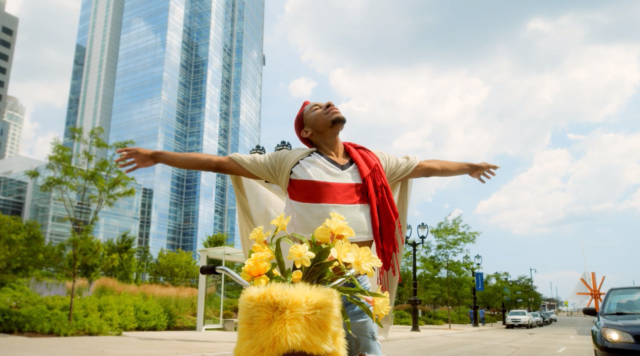 Lex Allen’s “Let Go” has been a favorite pick-me-up here at the station for months, and today the singer released a video for the single that’s every bit as vibrant and uplifting as the track itself.

Directed by Ryan Bingham and Josh Halverson, with animation from Radio Milwaukee’s own Lucas Seidel, the video follows Allen on a bike tour through the city’s many neighborhoods, passing parks, murals, patios and friends. It’s such a welcoming depiction of the city it could double as a Visit Milwaukee campaign, and Allen has described it as a love letter to the city.

“Writing ‘Let Go’ meant the next chapter of life could begin,” Allen says in a statement. “This song not only helped me move past and embrace my moms passing, it lead me out of toxic relationships, and gave me the confidence I needed when I wanted to give up. It’s meant to give a person value and open their eyes to the things we need to do for yourself; no one else.”