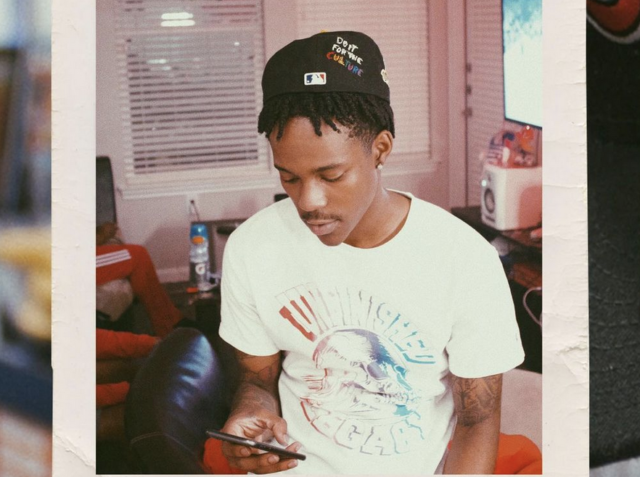 To best enjoy Lil Aaron Japan’s music, you’ll need to turn it up. That’s true for a lot of rappers, of course, but for Lil Aaron Japan volume is a necessity because he raps quiet. We’re talking quiet-quiet. His flow is a soft murmur with just the faintest hint of a groggy rasp. Whatever you’re imagining in your head, it’s probably quieter. He raps like he’s taking a personal phone call at the office.

It’s a great flow, too artful to be a gimmick. Every word is like the tip of a paint brush just barely brushing the canvas; often key ones are inaudible. It’s a trip watching him rap in his videos because his lips barely move. And by necessity he raps over beats that are muted and delicate, many of them from his own brother, who produces under the moniker Twan414.

Lil Aaron Japan and his brother are Milwaukee natives now living in Houston, which is interesting in and of itself — both are cities with distinct rap traditions, even if one’s is quite a bit more storied than the other. “I’m very in tune with the Midwest sound; I try to put as many people on it down here as possible,” he tells me.

But while I hear a heavy dose of the Midwest in the tranquilized slap of his single “Thinkin’,” his latest single “Lemonade” owes more to the cloudy minimalism of SoundCloud rap. Like most of his songs, there isn’t much too it. It’s short and graceful, with a perfect beat pivot at its halfway point. You can listen to it a couple times in a row.

“Lemonade” is a trip. I love that he got a nice write up on Lyrical Lemonade then wrote a song celebrating the accomplishment. But Lil Aaron’s approach in general is different. His videos have a distinct, hallucinatory feel to them. They’re filled with Kubrickian clean, white surfaces and “John Wick” pinks and purples; even the “Lemonade” visual from famed Milwaukee videographer TeeGlazedIt is dotted with all these little breaks from the director’s usual house style.

And then there’s Lil Aaron Japan’s moniker, which is also unusual. Though it’s not punctuated like one, “Japan” is an acronym he heard a bunch in Houston and thought sounded cool. “I really be on a chill vibe laid back type of person,” he says, “so it kinda worked out with the name selection.”

You can stream Lil Aaron Japan’s new EP “Who Would Ever Thought” below.