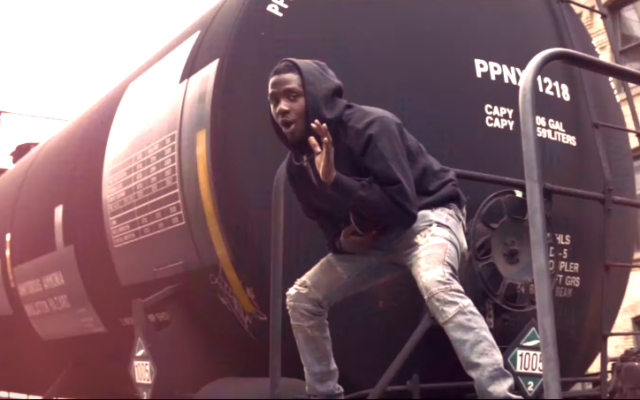 It’s a sign of how huge the audience for Milwaukee rap has become that it’s no longer a rare event when a local rap video reaches a million views on YouTube. Every few months or so another Milwaukee video hits that once seemingly impossible benchmark, and the elite club of artists with a million-stream video under their belt, while still small, is growing steadily.

Lil Chicken and Jigg are both members of that million-plus club, and given their popularity it’s not too surprising that either would drop another video that crossed that threshold. There was no local precedent, though, for what the two accomplished this spring with their mercilessly catchy single “Fast Cash Babies.”

While most rap songs owe their YouTube streams in no small part to their videos, “Fast Cash Babies” became the first Milwaukee rap song to reach the million mark without a video this spring. And then it just kept going. To date the track has been streamed more than 1.75 million times on YouTube alone, and it seems like it’s only a matter of time before it hits the 2 million mark — something no other Milwaukee rap song has accomplished, with or without a video.

Even artists outside of the city are paying attention. Last month a video was posted online of Detroit rapper Sada Baby in a car singing along to Chicken and Jigg’s hooky hit, enjoying the hell out of it. (For all the talk about how liberally Milwaukee borrows from Detroit rap, never let it be said that Detroit isn’t tapped in to what’s going on here).

To put “Fast Cash Babies”‘s numbers in perspective, it now appears to be the single-most streamed Milwaukee rap track in YouTube history, surpassing even towering local hits like Solowke’s “Federal” and Cap Drive Montana’s “Extortion,” two of the first modern Milwaukee rap songs that made a million views even look possible. “Fast Cash Babies” also has more streams than all the combined videos for Ray Nitti’s club classic “Bow,” which itself was probably the biggest Milwaukee rap hit since Coo Coo Cal’s “My Projects.” (“My Projects” dropped so far before the YouTube era that it would be apples and oranges to compare video streams, but yes, “Fast Cash Babies” has more YouTube views than “My Projects,” too.)

In the coming months we’ll find out just how high the song’s ceiling is. Lil Chicken’s incarceration this winter delayed a music video, but now that he’s out he’s been teasing one with TeeGlazedIt, the prolific video director whose influential YouTube channel has helped many of the city’s biggest rappers find their audience. And by the sounds of it, it promises to be a more elaborate affair than the typical quickie rap video.

“I’m having trouble trying to decide where to shoot the Milwaukee scene for Fast Cash Babies,” Chicken wrote to his Instagram followers this week. “I need a location that will fit about 5 to 7 hundred people… where should we shoot it?” That’s a lot of people.

The “Fast Cash Babies” video could be an event, but regardless of how it performs, the song has already cemented itself into Milwaukee rap history.