L’Resorts’ self-titled debut is all heartbreak, sunshine and good cheer

L’Resorts’ self-titled debut is all heartbreak, sunshine and good cheer 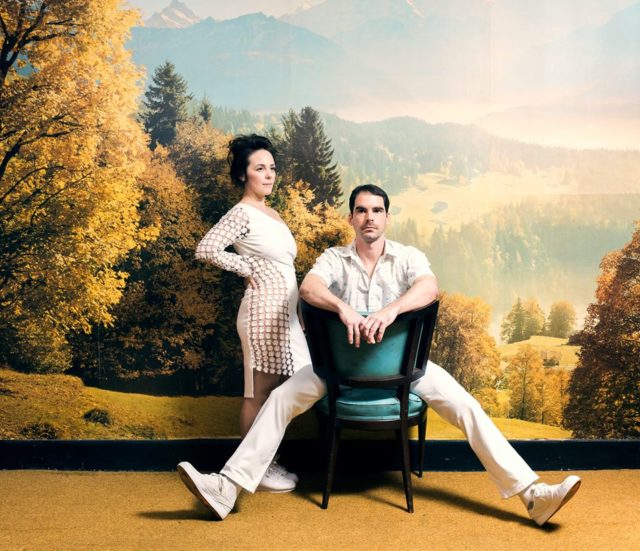 The Milwaukee psych-pop group L’Resorts loves a good paradox. A collaboration between Jaill’s Vincent Kircher and Lady Cannon’s Martha Cannon, the group’s tropical sound is pure summer, yet their first release was a Christmas EP. It’s in that spirit of contradictions that their new self-titled debut full length is filled almost exclusively with songs of rejection and heartbreak, and yet it’s one of the perkiest, most chipper indie-pop records you’re likely to hear all year.

Jaill fans will find much to love Kircher’s wry lyrics and even wryer guitars (the record also features Jaill’s original drummer Austin Dutmer) and Lady Cannon fans will be pleased to hear the record doesn’t skimp on Cannon’s indelibly achy voice. But the project is less a mesh of these two artists’ styles than it is its own, wonderfully odd escape. From the accents of vintage mellotron to the pervasive marimbas (a throwback to those old exotica LPs accumulating in dollar bins at thrift stores around the country), the whole record is seeped in kitsch. It’s Hawaii as imagined by musicians who’ve probably never been to Hawaii, but have seen enough old technicolor movies to render a guess at what it might sound like.

The record is out today. You can stream it below, via Bandcamp, and on Spotify. The group also has a handful of shows booked for the next couple months, including dates in Cleveland, Detroit, Fort Wayne and Madison, and a July 27 show at The Cooperage with Night Glitter and Apollo Vermouth.