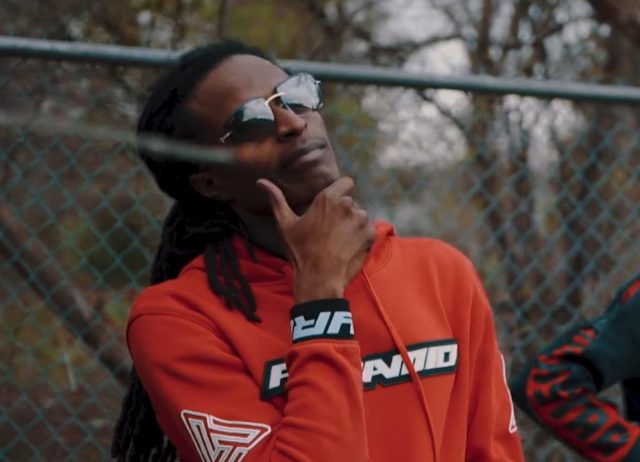 There’s a scene in AMC’s great, under-watched drama “Halt and Catch Fire” where tech visionary Joe MacMillian is driving a teen protégé and notices that she’s listening to headphones. He tells her she can play her music over his truck’s stereo, and when she protests that he wouldn’t like it, he laughs and insists, “C’mon, I’m not that old.” He’s probably expecting to hear something loud and rebellious, maybe punk. But instead the music she plays is so bizarre, so unexpected, so removed from what his notion of what music even is, that all he can do is stare blank-faced as he processes the realization that, yes, he really is that old.

If you are over 30, this is what it feels like hearing Mari Boy Mula Mar for the first time. It’s in rap’s DNA to evolve in ways that will confound even the most open-minded listeners, so feeling left behind by it at some point is just an inevitability. But Mari Boy Mula Mar is something different altogether, a radical vocal stylist who cuts against all of rap’s most common instincts, even at the risk of sounding ridiculous. He’s the rarest thing in rap music, a rapper who genuinely sounds like nobody else, and this year he has been on an absolute tear.

Mula Mar has always had an unusual flow, a sing-song patter bound to his capricious melodic instincts, but this year he’s refined it into something truly sublime: a surrealist, auto-tuned purr that swoops and hovers above each beat like one of those cloud guys from Super Mario. On his wildest 2019 singles, “Tony Snell” and “Dave x Busters,” his digitalized squeak sounded like a cross between Swae Lee and Mickey Mouse, and listeners are rewarding that audacity. He was the city’s second-most streamed rapper on YouTube this summer.

But does he have bars, the guy in the rap forum with a J. Cole “KOD” avatar asks. Yes, he has bars. “Dripping like a faucet, my shirt Moncler,” Mula Mar raps on his newest single, “Owls,” with his singular vocal contortions: “When my VVS’s twinkle they stop and stare/I turn expensive clothes to urban wear.” Mula Mar similarly padded his recent loose track “Clocking” with zingers. “”I know this an Audi Cope but I’mma drive it like a Rari,” he bragged, setting up this flex: “My lunch line McDonalds, yours Arby’s.”

You can stream Mula Mar’s knockout new PhatPhat Productions-directed video for “Owls” below, along with a hodgepodge of some of the rapper’s standout tracks from this year.