Marielle Allschwang reflects on Mary Nohl in her multimedia exploration

Marielle Allschwang reflects on Mary Nohl in her multimedia exploration 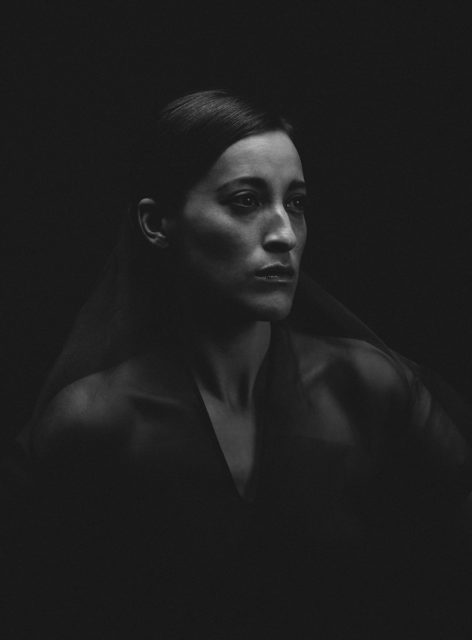 Marielle Allschwang & the Visitations have a knack for creating music and experiences that are profoundly cathartic and poignant. Allschwang’s latest work is a personal reflection on one of her inspirations that transpires beyond the music.

A description from the artist and essay from Polly Morris:

“Precession of a Day: The World of Mary Nohl” is one part of a multimedia exploration of the life and work of the legendary Milwaukee visual artist Mary Nohl (1914-2001). Other aspects of this work include performances accompanied by video shot in and around Nohl’s artist-built environment as well as public talks and presentations.

Here is what Polly Morris wrote for the liner notes of the vinyl edition of these songs:

Marielle Allschwang first encountered Mary Nohl’s fantastical environment as a child. Her father brought her there, driving down the steep hill to the small lakeside lot with its relief-covered house surrounded by concrete and driftwood sculptures. Many years later, when it looked like the long struggle to preserve Nohl’s artist environment in situ had failed and the house would be moved, the grown-up Allschwang returned to Beach Drive, scaling the fence at dawn on Easter Sunday to walk among the sculptures and mosaics, and to listen to the wind chimes. There, 100 years after Nohl’s birth, she discovered what others have learned who had the (rare) opportunity to visit the place: it is an environment in the comprehensive sense, as if Nohl’s built interventions had altered the climate, the light, and the passage of time. Even the lake, Allschwang observed, sounded different.

Mary Nohl (1914-2001) was a native of Milwaukee and graduate of the School of the Art Institute of Chicago. She spent a few years teaching, then returned to Milwaukee where she ran a commercial pottery studio while living with (and perhaps caring for) her parents. It wasn’t until the ‘60s that she had the means and the solitude to begin her gesamtkunstwerk in earnest. Nohl then spent four decades creating an immersive, site-sensitive environment in and around what was now her house. She traveled extensively, had a wide circle of friends — she was fond of creating clubs — but when she was home there was hardly a surface, inside or out, that she did not touch or transform, often repeatedly.

Environment-building on this scale, if the record of preservation is any indication, has been the preserve of male artists. In mid-life, with a house, land, and time, Nohl joined their ranks. To live alone, to devote her life to creative experimentation, to imagine the physical space around her as an extension of herself — or, more accurately, to respond to and interpret the natural world by becoming a part of it — these choices and the magnitude of her accomplishment have made Nohl a canvas on which we project our aspirations, a yardstick against which we measure ourselves.

Nohl’s nonconformity was rooted in the social and physical context of her work. By returning to the beach cottage-turned-family home, she located her life’s work in the burgeoning suburbs, bastion of the post-war nuclear family and the ideal of private domesticity. While Nohl’s unmarried state was not so notable for a woman born in 1914 — in 1935, when Nohl would have reached the median age of first marriage for her cohort, the marriage rate was relatively low — by the time she was free to pursue her work in the ‘60s, the proportion of never-married women in the population had reached a 20th -century low. Perhaps it was Nohl’s steadfast commitment to erasing the boundary between interior and exterior (of which her public singleness was a part) — as well as her readiness to wield hammers and pour concrete — that exposed her environment to local hostility and vandalism.

Despite this, Nohl embraced what Karen Patterson, former curator at the John Michael Kohler Arts Center, has described as “a palpable, brazen freedom to create.” There wasn’t a material she didn’t want to explore, a project too big to complete. She had the financial and personal resources to set the terms on which she interacted with the world. She could turn her back on commerce and create a world for herself.

Allschwang returns to Nohl at a moment when, in her words, “women, artists, and the natural world seem especially vulnerable.” For Allschwang, Nohl is a model: a woman immersed in her physical environment and committed to making art. Allschwang’s Nohl is resolute (“Lash of the Lake”), defiant (“The Sounds of Fire”), loving (“Full Fathom” memorializes Nohl’s brother Max, a salvage diver who died in an accident), adventurous (“ROAM”), even resigned (“Turning”). She is, too, the repository of female knowledge, passed from generation to generation: “Forget everything you know about Eden./Draw the first garden from your mind./Pull every rib/Like each one is a secret name.”

Like Nohl, Allschwang is no respecter of boundaries in life or in art, mixing visual and literary worlds, time-based media and the still image. Like Nohl, who fully inhabited the space where the water meets the land, Allschwang navigates a myriad of musical worlds, borrowing, collaging, responding. She cites Beethoven’s Sixth Symphony, and the pastoral more generally, as an influence; she references Filipino and American folk music; she remakes the B-52s song “Roam.” For Precession of a Day, Allschwang presses her small band of musicians and backup singers to create sounds and textures that are liquid, ethereal, and earthy. Like Nohl, Allschwang is a connoisseur of transformation, of the generative cycle. As a result, Precession of a Day shimmers, like the surface of the lake just beyond Nohl’s yard.

Listen to part of the multimedia experience below.