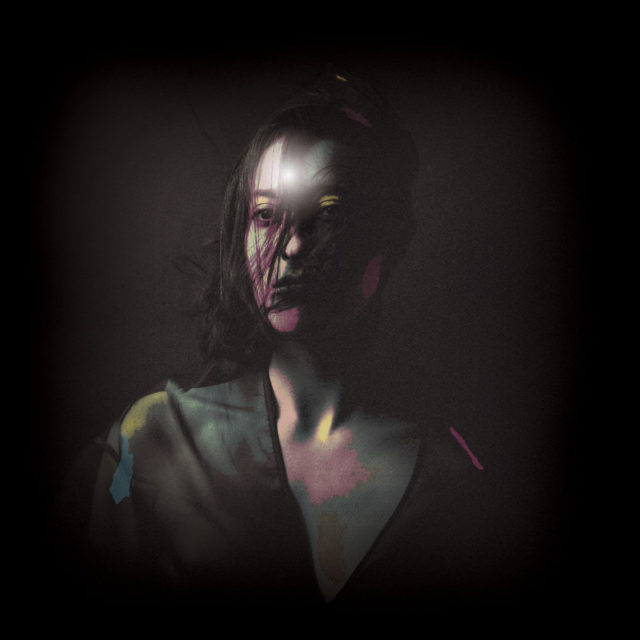 Radio Milwaukee had a chat with multimedia artist and performer Marielle Allschwang, who recently performed a stunning song cycle with her band The Visitations devoted to the memory and works of Milwaukee visual artist Mary Nohl. We talked about that project as well as Allschwang’s musical trajectory.

My dad had a pretty sweet record collection; mostly classic rock and this one record I was obsessed with at a really young age called “Poetry Readings in the Cellar.” One side was Lawrence Ferlinghetti reading over a jazz quartet. That was one of my first favorite records along with Velvet Underground with Nico, Jimmy Hendrix Experience. My dad wrote poetry when he was in his 20s and my grandfather on my dad’s side was a poet. Actually, he opened a coffee shop bookstore in Milwaukee called the Purple Eye. It was a beatnik hang, maybe that was one of his old records, but we loved Ferlinghetti in the Allschwang household.

2. How did it feel to go from playing small house shows to sold out shows at the Riverside and Bradley Center?

There is definitely an intensity to the experience and whatever rituals that go into what you do beforehand. To be able to be in a room and not necessarily be the performer, but to feel what it’s like when the person who is activating the piece/activating the room, whether or not they are directly engaging with you, you feel that. To feel that energy and have opportunities to contemplate how that happens or how you feel connected to that is definitely important. If you want to make great work or make work that connects with people, as nerve-wracking as it can be to try new things, it’s worth it. At least try to activate something similar. Coming out of my comfort zone, or contacting Dawn Springer to work on choreography, or do things I’ve never tried before have helped a lot.

3. How was transitioning from writing songs on your own to collaborating with people with other visions?

The solo performances definitely had more intricate finger-styling and chord progressions I felt could carry the songs. It was very important to me at the beginning of doing this to be self-sufficient. Aside from intimate collaborations that were songs recorded and shared with my circle of best friends from high school and college, I wasn’t really in a band. I don’t even think I thought of it as something I wanted to do, I was really focused on getting out into the world and seeing what other artists were doing and figuring out what I wanted to do.

When I met Group of the Altos, that was my first actual band. It was really special, because so many of us continued to collaborate for years after that. It also established a way to practice listening to different nuances and how everybody plays. It exercised discipline. Being able to both listen to the nuances of others and play to those things. Along the way you feel free to retreat into a space where you can experiment with your own style of playing. For me as a violinist who only played in school orchestras and learned classical songs, I was really interested in experimental music; drone and textures, and was just starting to discover what I could do with that. Altos was a really liberating opportunity to do that. That was one thing that was really cool, among many other things.

4. You met your collaborator and now husband in Altos…

Adam [Krause] was in a band called Deprong Mori at the time. They were playing with the idea of having me be part of that band. That never ended up happening, but Adam and I started making music together. He was working on a piece in collaboration with Ken Montgomery in New York who founded the Generator Sound Art Gallery, who has put out some of Adam’s music and is an experimental musician and really cool person. Adam wanted me to play violin on that. That’s a really minimalist textural piece. It was a really nice collaboration and maybe the juncture between our shared enthusiasm for minimal, careful songwriting and texture to us sitting down and crafting songs together. When we play guitar we both play finger style and are influenced by a lot of the same things, but our approaches are very different. We would sit there and go almost note-by-note for these really intricate parts. Every single harmony throughout totally surprised me. That was a really dynamic beginning of this other chapter of what became a duo project, and then a band. I was really surprised by this thing that would sound cool on its own, but together it’s come together as something that could progress… I feel like I’m talking about our relationship. But, that was the first really important and essential building block towards fleshing out songs I write or songs he writes in an interesting way.

5. You created a song cycle and film for Milwaukee visual artist Mary Nohl. Can you talk about that multimedia project and how it came about?

Five years ago, David Ravel approached me about what originally was thought to be a project involving various artists that were stewarded by the John Michael Kohler art center to write some music in response to an artist that the Kohler exhibited. That didn’t exactly come to fruition as a wider scale project, but David floated the idea of Mary Nohl. Seeing Mary Nohl’s work as a little kid, even brought up to me later as an art student outside of Wisconsin, that really intrigued me. It took about a year before I had a self-urgency to pursue this project despite it not having come to fruition as a series.

Around that time there was all this debate about whether Mary Nohl’s house and artwork would stay in Fox Point where it was created. At this point I thought it would all disappear. To think that you couldn’t drive past those sculptures anymore…

It was this thing that happens when you’re actually in the space, there is something really special about it. I hadn’t seen it in years, and what really spurred this project on was driving down Lake Drive and thinking, “I had better check this out while I can.” I turned down Beach Drive and it was a really grey morning and the waves were crashing and something about the acoustics of the space that morning was really different than going to Bradford Beach on a windy day or something. It really sounded like an ocean crashing and no one was outside. It was Easter morning and everyone was either in bed or in church so it was totally deserted. I scaled this fence crowned with barbed wire, I found a spot that wasn’t barbed and climbed over and just respectfully explored the outside of her house and communed with the sculptures there, and the trees, and the ground, and the sounds of the water and the entire environment as a collective experience and force. I was bewitched. From then on, I immediately started writing songs and felt deeply connected to this project and dove into research. About three songs in I finally told David this was something I was working on. That’s when it became “a thing” we would pursue through fruition to this multimedia project.

The film was Adam’s idea, because we were trying to figure out how to make it evoke the immersive-ness of the environment; how we would tie it to the artwork. Me and Adam and Heather Hass spent a day soaking in as much as we could onto our film cameras. Kelly Bolter was taking photos, I’m so glad she was able to come and record that process because it was definitely a valuable record of how we approached this part of the project but it was also important to me to have someone have photographs of women creating something in a space that women created. There are so many photos of men composing, and it’s great but I think seeing photos of women… Maybe an homage to Mary Nohl because there are so many myths about her. There is a photo of her working on the dinosaur sculpture on her lawn and it’s her and friends in the summertime, laughing and making art. The stereotype or archetype of Mary Nohl is she’s a recluse or secluded figure but she wasn’t. And there’s photographic proof of that.

It was cool to see Heather do live animation while we were shooting. She’s such a brilliant animator and does a lot of stuff in post, but she was doing some interesting things with how she used the camera, placed it, and played with light to animate the sculptures that we weren’t allowed to handle ourselves.

Listen to “Prescession of a Day: The World of Mary Nohl” by Marielle Allschwang & the Visitations: